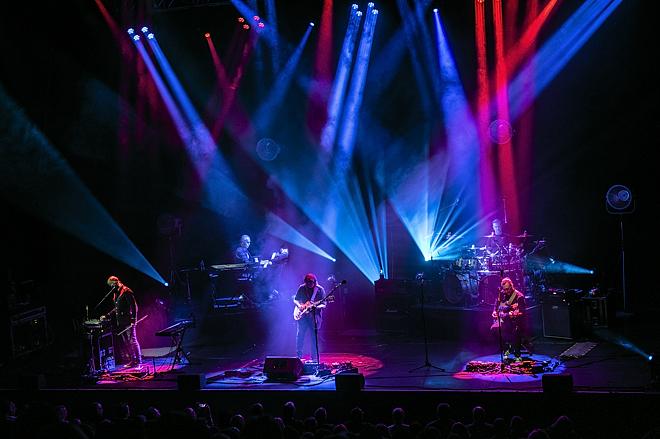 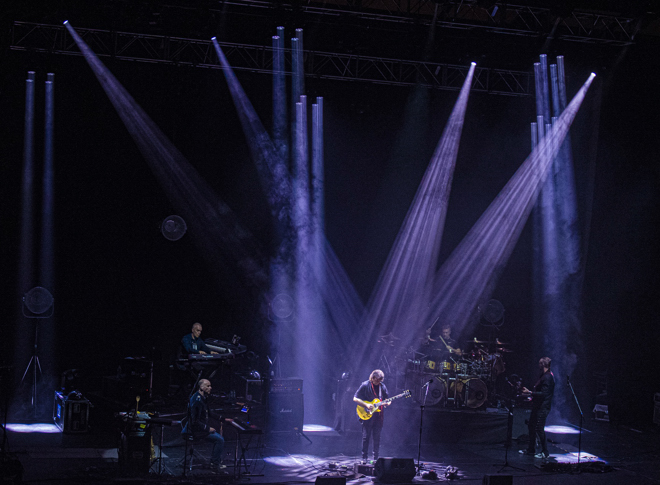 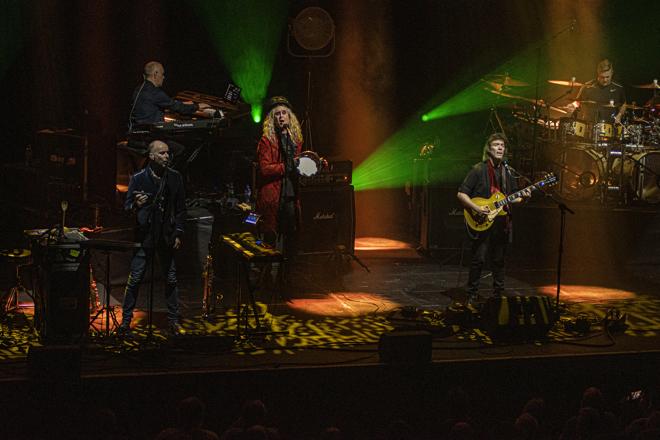 Peter Hook and Steve Hackett aren’t necessarily two names you’d expect to share a common trait, but music fans owe both a similar debt. Like Hook, who continues to keep alive the legacy of Joy Division and New Order by respectfully performing their back catalogue to eager fans, Hackett does likewise with classic, much loved Genesis material from the seventies.

Hackett’s latest tour which visited York Barbican this week showcases both his own music and does justice to one of the outstanding albums of progressive rock, 1973’s quirky Selling England By The Pound, which the band perform in its entirety.

His band is formidable: vocalist Nad Sylvan looks every inch the archetype prog-rock singer in his finery and makeup but impresses with the way he handles the vocal duties without veering into parody or imitation of the album’s original singers, Peter Gabriel and Phil Collins. Rob Townsend (sax) and Roger King (keyboards) are also band regulars and they are joined this tour by drummer Craig Blundell and Jonas Reingold on bass.

It was a show of two halves, the first concentrating on Hackett’s solo material and specifically songs from his Spectral Mornings album – now an incredible 40 years old – and this year’s At The Edge of Light.

Every Day was a strong opener highlighting Hackett’s influence on the early Genesis sound, its opening organ riff and guitar work would not have been out of place on any Genesis album from the early 70’s.

The contrast in styles of the solo material was noticeable from hints of psychedelia in Under the Eye of the Sun to the heavier Beasts in Our Time and the pastoral, acoustic The Virgin and the Gypsy. The solo half of the show closed with the powerful instrumental Clocks – The Angel of Mons and featured a short but intense drum solo by Blundell.

The Selling England half of the show opened magnificently, first with Dancing With the Moonlit Knight, the band in full flow with Reinhold playing a double necked bass/twelve string guitar and Hackett’s dexterous guitar work to the fore. The surprise chart hit I Know What I Like followed and was beautiful, the band powering through the track culminating in Hackett letting rip and tearing out some amazing guitar leads.

The performance continued strongly. King’s mesmeric keyboard intro to Firth of Fifth built gently before a strong vocal from Sylvan and Townsend’s clarinet built the song to a crescendo where Hackett then took over, his melodic playing and the show’s first rate lighting providing a feast for both eyes and ears.

The Battle of Epping Forest was another great all round effort, enriched by Townsend’s flute and Blundell’s martial drumming and The Cinema Show and Aisle of Plenty brought the album performance to a rousing finish.

There was to be a bonus too with the band performing Déjà vu. Based on a Peter Gabriel idea from the Selling England sessions that was unfinished at the time and consequently never made the album Hackett completed the song and this was the perfect setting for its live appearance.

A thunderous rendition of Dance on a Volcano finished the set to a standing ovation before an encore medley of Myopia, Los Endos and Slogans brought a thrilling performance to a close.

A combination of superb musicianship, tasteful lighting, and well mixed sound succeeded in doing total justice to one of the most iconic albums this country has produced. Thank heaven Hackett cares enough to keep this music alive and breathing. Dare we even believe he might visit The Lamb Lies Down on Broadway at some point?