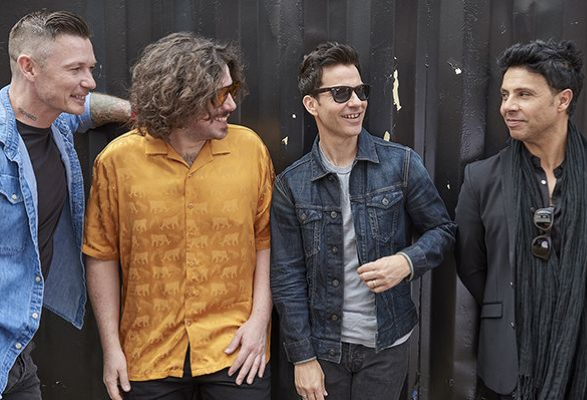 Stereophonics have announced a UK arena tour for spring 2022 plus TWO huge shows in Cardiff this June with very special guests Tom Jones, Catfish And The Bottlemen & Buzzard Buzzard Buzzard,

The band have also revealed new track ‘Hanging On Your Hinges’, giving fans a first taste of their forthcoming album ‘Oochya!’, due out on 04 March 2022.

Frontman Kelly Jones commented, “‘Hanging On Your Hinges’ was influenced by my love of early ZZ Top and darker stuff like Masters of Reality and maybe some Iggy Pop too and probably nods back to ‘Bartender & The Thief’. It’s the song on this album that says ‘Oochya!’ more than anything else, so it’s something we wanted the fans to hear first. Having done some really emotionally lead and introspective songs on the last album (‘Kind’), we decided to come back with a bang this time, give the fans something to get a little loose to. The album title (‘Oochya!’) was always a saying me and the band used in the studio to mean “let’s have it”, a blast of energy and optimism and that’s what we wanted to get across with ‘Hinges’.”

‘Oochya!’ is the follow-up to the Welsh rockers 2019 full-length release ‘Kind’, which earned them their seventh UK No.1 album to date. Recorded at The Distillery in Wiltshire, all songs on the new album were written by Kelly Jones, who also produced the record alongside Jim Lowe and George Drakoulias.

As Stereophonics celebrate 25 years together, Jones continues to cement his status as one of the greatest British songwriters.