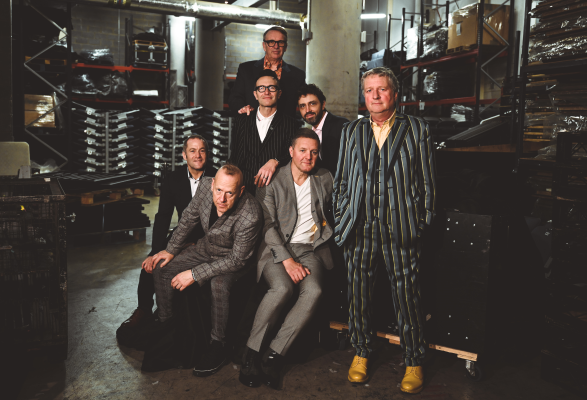 Please Note: Dr John Cooper Clarke will be appearing as very special guest on all dates except London.

Fans can expect to hear a setlist featuring their most popular hits alongside rare gems from there extensive back catalogue.

Squeeze originally formed back in 1973, soon after Chris Difford and Glenn Tilbrook had begun their songwriting partnership. By 1977 the band had made their recording debut and released a string of hits, establishing themselves as an integral part of quintessential British music.

Following solo careers, the Ivor Novello Award-winning duo reunited in 2007 to relaunch Squeeze and have been touring, writing and recording together ever since.

Joining the music legends on their upcoming UK tour is one of Britain’s most outstanding poets Dr John Cooper Clarke.

Furthermore, Squeeze will once again be supporting The Trussell Trust, with attendees asked to bring food donations along to the shows where there will be collection points at each venue. Click here for information on items to donate.