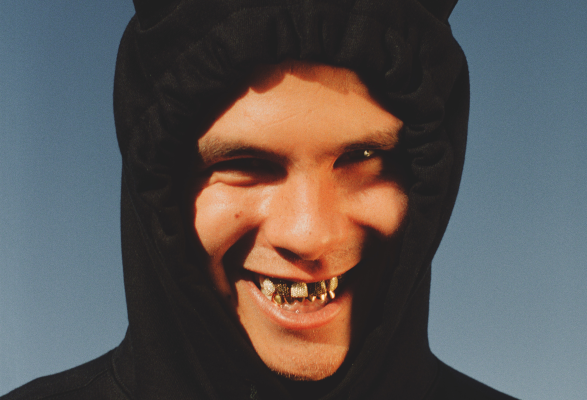 slowthai has revealed the official music video for his Skepta collab ‘Cancelled’.

The track will feature on the first half of upcoming second album ‘TYRON’, due out on 12 February 2021.

The official video is directed by THE REST and draws on a series of classic horror movie references. From an amusing opening sequence inspired by Scary Movie featuring Ty, Skep, Kwes. Krash and Samo hollering ‘WAGWAAAAAAN?’ down the phone, to slowthai transforming into American Psycho’s Patrick Bateman, Silence of The Lambs, Candyman, Nightmare on Elm Street and The Texas Chainsaw Massacre.

‘TYRON’ will be the follow-up to the fast-rising British rapper’s widely acclaimed debut ‘Nothing Great About Britain’.

The artist shared a personal statement about ‘TYRON’ on his social media saying, “films, art and music have helped me most in my darkest moments and with the majority of this album being made last year I would hope that it can help someone as a distraction amongst the chaos and shift their mindset positively.”

He also revealed recent sombre single ‘nhs’, which reflects on the struggles the nation has faced through a turbulent year and serves a reminder to us all not to take anything for granted.