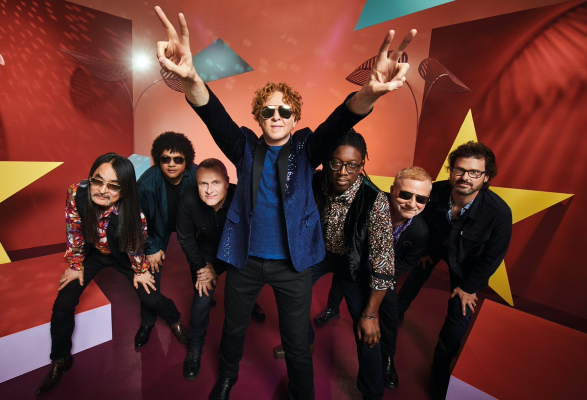 Simply Red reschedule their huge arena tour for next year in support of their 12th studio album ‘Blue Eyed Soul’, which released on 08 November 2019.

Alongside tracks from the new album, the British soul and pop band will be playing all their biggest hits, including classics such as ‘Stars’, ‘Holding Back The Years’, ‘Fairground’ and ‘Money’s Too Tight To Mention’.

They have accumulated more than a billion hits on YouTube as well as sold over 60 million albums since forming over thirty years ago.

Mick Hucknall has been Simply Red’s songwriter and frontman since the very beginning in 1985, alongside long-serving saxophonist Ian Kirkham who joined the band in 1986.

‘Blue Eyed Soul’ was recorded as live with few overdubs at British Grove Studios in London. All ten tracks, including catchy single ‘Thinking Of You’ and funky new track ‘BadBootz’, were penned by Mick Hucknall and produced by long-time collaborator Andy Wright.