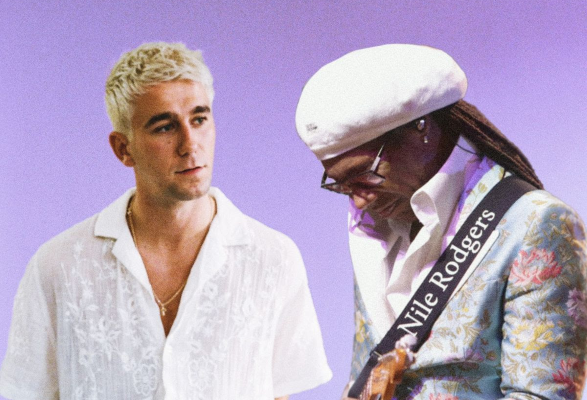 The track is lifted from his forthcoming debut album entitled ‘times’, due out on 19 February 2021.

The British singer-songwriter and producer discussed the collaboration saying, “One More was the first song I wrote for this record in LA, and one that set me on the path to making this whole album…Working with Nile Rodgers was an experience which will stay with me for the rest of my life. To have someone who has influenced not only this album, but my entire career play on this song is mind blowing.”

LISTEN TO ‘ONE MORE’ HERE:

Furthermore, SG Lewis, real name Sam Lewis, has announced times: The Live Experience, which will give fans a chance to hear the album live for the very first time. The virtual show will draw inspiration from 1970s New York City nightlife as well as feature various special guests.

‘times’ will be SG’s first collection of songs since his EP trilogy ‘Dusk’, ‘Dark’ and ‘Dawn’, which featured Clairo, T.E.E.D., AlunaGeorge and Ruel.

His ever-growing catalogue both as a collaborator and solo work continues to demonstrate his genre-bending abilities and capability as an innovative artist.

He has collaborated with the likes of Aluna, Victoria Monet, Raye, Ray BLK, The Neptunes/N.E.R.D’s Chad Hugo, Gerd Janson, Conducta and more. He has also produced huge hits such as Dua Lipa’s ‘Hallucinate’ and Dave’s ‘100M’s’, and sold out headline shows across US, Asia, Australia and Europe, appearing at prime slots from Coachella to Glastonbury.

Watch this space for more to come from SG Lewis in 2021.