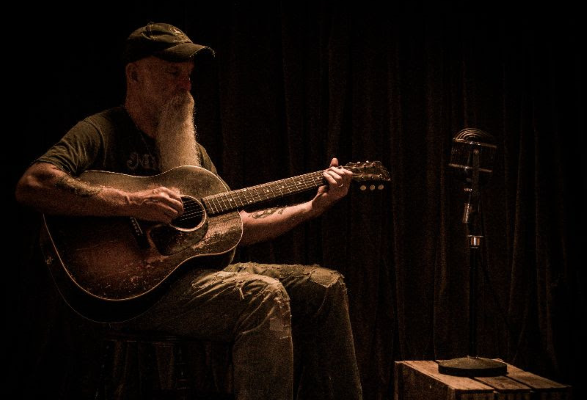 Seasick Steve has announced that he will be hitting the road on a UK tour in November 2021.

Just Steve, A Guitar and You Tour Dates:

The run of special, intimate shows will be in support of his latest album ‘Blues In Mono’. It will also be the American blues musician’s first UK solo dates since 2018.

Seasick Steve commented, “I‘m lookin’ forward to coming and playing for y’all. Just gonna be me, you and my guitar. A few songs and a few stories, kinda like we just hanging’ out together! Gonna be fun. See ya there.”

The singer-songwriter released two albums in 2020, including the rocking ‘Love & Peace’ in the summer, followed by the acoustic ‘Blues In Mono’ in the autumn. The latter is a timeless tribute to traditional, acoustic country blues recorded with a microphone from the 1940s, with Steve performing the songs solo and directly into an old tape machine.

Over the years the bluesman has dropped eight albums, featuring hit songs such as ‘You Can’t Teach An Old Dog New Tricks’, ‘Dog House Boogie’ and ‘Summertime Boy’.

As fan’s eagerly await his return to UK soil, he has offered them the following advice in the run up to his upcoming live shows:

“In the meantime stay strong, workout, and eat your vegetables!”

Be sure to grab your gig tickets and don’t miss out the chance to see him perform live later this year!