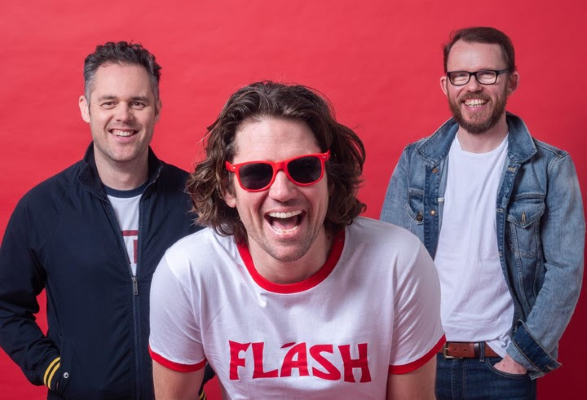 Scouting For Girls have announced brand new EP ‘Live and Acoustic’, due out on 13 August 2021.

In addition to a selection of the biggest hits from their first two albums, the EP will feature two previously unreleased live performances of ‘Heartbeat’ and’ This Ain’t A Love Song’.

The announcement comes as the band prepare for their much-anticipated return to the stage, with a series of festival appearances scheduled for the summer before hitting the road on an extensive UK headline tour this autumn.

Previously the band has sold out numerous headline gigs including a huge show at Wembley Arena, The Royal Albert Hall and two nights at the London Palladium.

Scouting For Girls have sold over two million albums and two million singles to date. They have been nominated for four BRIT Awards, an Ivor Novello as well as had four Top 10 singles.

The new EP follows their latest studio album ‘Easy Cover’, which celebrated their love for 80s music and culture.