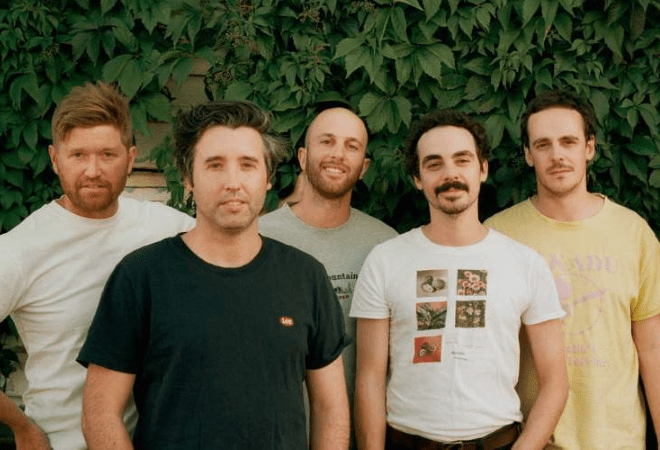 The track is the fourth to come from the Australian indie rock outfit and follows the previously released ‘Falling Thunder’, ‘She’s There’ and ‘Cars In Space’.

Fran Keaney, the band’s singer and acoustic guitarist commented, “This is a love song. It’s about reaching through time portals…The lyrics were pieced together over about a year like a little puzzle. I found the first pieces in Rushworth, and the last pieces in Darwin.”

The band recently took to social media during isolation to perform early single ‘Angeline’ remotely and separately from their homes. The track is not featured on either of their albums and was originally released back in 2013.

Rolling Blackouts Coastal Fever are set to play from an empty Melbourne Cricket Ground as part of the final episode of livestream series The State of Music. They will be joined by artists Stella Donnelly, Violent Soho, The Temper Trap and DMA’S. Stream the performance HERE on Friday (05 June) @ 7:30pm AEST.

The quintet will also be hitting the road on tour across tour UK & Ireland in March 2021 – check out full details below: