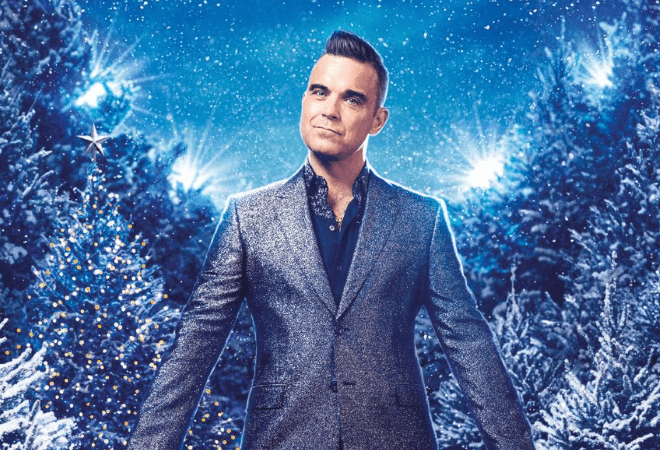 Robbie Williams has announced details of his first ever Christmas album ‘The Christmas Present’, due out on 22 November 2019.

The multi-award winning British icon’s festive release will be available in the form of a double album and consist of two discs; ‘Christmas Past’ and ‘Christmas Future’. Both will include a mixture of original songs as well as special covers with guest appearances by the likes of Jamie Cullum, Rod Stewart and Bryan Adams.

To celebrate, the global music megastar has announced ‘The Robbie Williams Christmas Party’ headline show dates in London at The SSE Arena, Wembley on 16 & 17 December 2019, tickets on sale Thursday (07 November) at 10am from AXS Ticketmaster

Robbie commented, “I’m beyond excited to announce my first ever Christmas album. I’ve done a lot in my career and releasing this record is another dream come true. Making this album has been so much fun and I can’t wait for you all to hear it.”

‘The Christmas Present’ will be Robbie’s 13th studio album to date and sees him once again join forces with long-time collaborator Guy Chambers. Written and recorded at various locations including London, Stoke-on-Trent, Los Angeles and Vancouver, the release is set to mark another huge milestone in the superstar’s incredible music career.

Check out the full deluxe album tracklisting below.