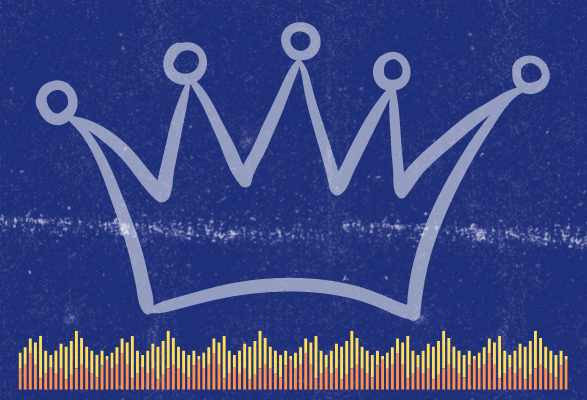 As the nation prepares to honour Her Majesty The Queen’s unprecedented royal anniversary of becoming the first British Monarch to celebrate a Platinum Jubilee, we’ve compiled a collection of street party appropriate tracks.

Whether your feeling patriotic or just ready for a party, check out our best of British Jubilee jukebox and get the celebrations started!

God Save The Queen – Brian May

What better way to kick-off the Jubilee bank holiday weekend than with a throwback to Queen guitarist Brian May playing ‘God Save The Queen’ from the roof of Buckingham Palace for the Queen’s Golden Jubilee. An iconic moment in rock history and memorable moment for the royals too!

The indestructible 80s ballad was one of the new wave band’s most memorable songs and their second biggest hit, making it to No.2 in the UK charts.

The apocalyptic, politically charged anthem was the first single to come from the British punk band’s third album by the same name, which was also voted by Rolling Stone as best album of the 1980s.

Released in 1980, the single went straight in at No.1 in the UK Singles Chart where it spent three weeks at the top.

The rockers famously performed the Chuck Berry cover at the legendary Madison Square Gardens in New York in 1969. It later appeared on their second live album ‘Get Your Ya Ya’s Out’ in 1970.

Not only was ‘Your Song’ voted as the UK’s favourite Elton John song, but it is also said to be Elton’s most-performed song, having been played over 2200 times over the course of his legendary career.

Three microphones were used to record the vocals on the track. Each was set up at different distance from Bowie in a large room and adjusted as the song progressed to encourage him to sing louder and louder.

The track earned the band their first Top 10 UK single and was also their breakthrough dance hit in the US.

The international hit was taken from the British ska/pop band’s fourth studio album ‘The Rise & Fall’ and won them the Ivor Novello Award for Best Song in 1983.

The classic Britpop anthem was the first song from the 90s to surpass one billion streams on Spotify.

In 2019 The Rolling Stones finally gave back their songwriting credits for the track to Richard Ashcroft, who was denied royalties for two decades after sampling the Stones’ ‘The Last Time’ for the iconic hit by The Verve.

She’s The One – Robbie Williams

One of Robbie’s signature songs and his second solo No.1 in the UK was in fact a cover, originally written by British rock band World Party.

At the time of its release, the seven minute and 11 seconds song was the longest single ever to top the British charts.

We Will Rock You – Queen

The iconic track was performed by Brian May and Roger Taylor at their induction into the Rock and Roll Hall of Fame in 2001.