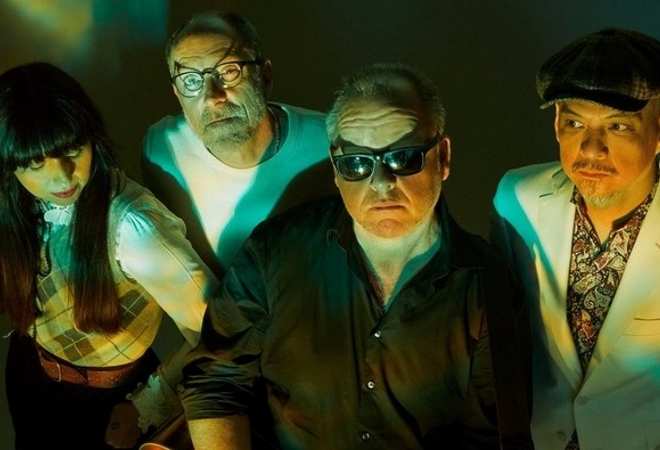 Pixies have released the official music video for ‘Catfish Kate’, the first radio single to be lifted from their forthcoming studio release’Beneath The Eyrie’. The album is due out on 13 September 2019, ahead of their UK & Ireland tour.

The visuals were created by the UK/European-based Krank! Collective, who worked with the band previously on their animated video for ‘Tenement Song’, which featured on their 2016 album ‘Head Carrier’.

The new album, produced by Grammy-nominated Tom Dalgety, was written over the course of last year and recorded at Dreamland Recordings near Woodstock in New York. Whilst taking a break outside the studio, drummer David Lovering spotted an eagle’s nest – or “eyrie” right above the studio in a tree, inspiring the album’s title ‘Beneath the Eyrie’.

‘Beneath The Eyrie’ is set to feature 12 new songs, including debut single ‘On The Graveyard Hill’, co-written by Pixies vocalist Black Francis and bassist Paz Lenchantin.

The making of the album is explored in a new podcast called “It’s a Pixies Podcast”, which debuted globally earlier this year on 27 June.

Pixies will head out on an extensive world tour in 2019/2020, with the UK & Ireland leg set to kick-off this September. Tickets are on sale now from Gigantic Eventim Ticketmaster Ticketweb See Tickets

‘Beneath the Eyrie’ Full Tracklisting: