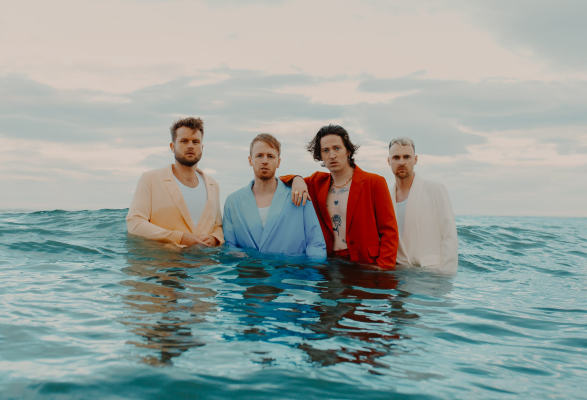 Furthermore, the Irish alt pop rockers have shared new single ‘If Ever However Whenever Forever’, which is available as an instant grat track to those who pre-order the album.

The band discussed their forthcoming release saying, “Our fans have been amazingly patient with us over the last two years and allowed us to get a body of work together that we feel is really worth the wait for them and we’re excited for them all to get their hands on it! We will be back with even more music a lot sooner than you would think too!”

The album will feature previously released tracks ‘LA House Party’ and ‘Unconditional’ as well as recent hit ‘Things Are Different’. Co-produced by Grammy Award-winning producers The Monsters & Strangerz and German alongside the band, the song has already clocked-up 3.4 million Spotify streams to date.

The quartet have also confirmed that they will be hitting the road on a headline UK tour this October – details below: