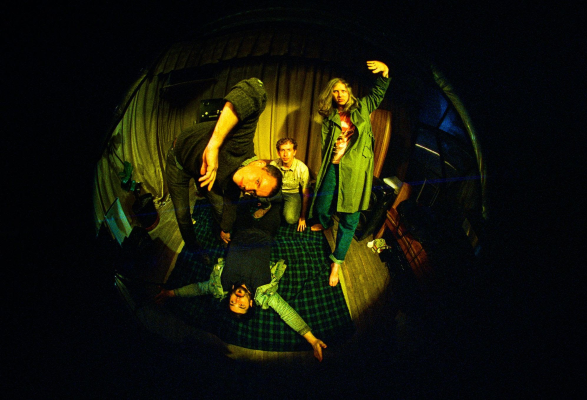 Parquet Courts have unveiled brand new single ‘Black Widow Spider’, taken from their forthcoming album ‘Sympathy For Life’, due out on 22 October 2021.

The new track is the follow-up to lead single ‘Walking at a Downtown Pace’ and is accompanied by a Shayne Ehman directed and animated music video.

The Brooklyn band’s Austin Brown discussed their new full-length saying, “Most of the songs were created by taking long improvisations and moulding them through our own editing…The biggest asset we have as artists is the band. After 10 years together, our greatest instrument is each other. The purest expression of Parquet Courts is when we are improvising.”

Alongside the release of their first single last month, the long-running indie favourites have also announced the Power of Eleven, which consists of 11 surprise events taking place across the world. The first of these took place in Manhattan with the Gay & Lesbian Big Apple Corp marching band debuting ‘Walking At A Downtown Pace’, with the second due to take place in Tokyo in conjunction with Big Love Records. Keep an eye on the band’s official website here for further details.