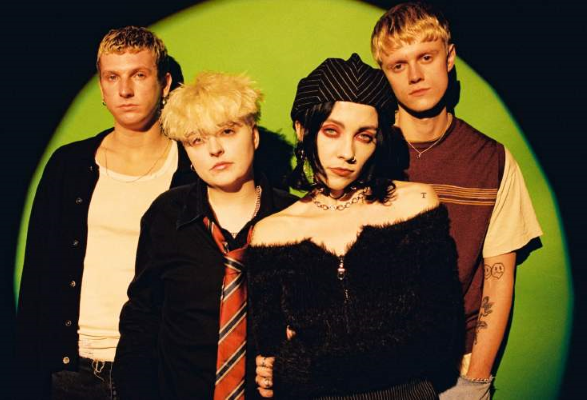 Pale Waves are heading out on tour in 2022 in support of their highly anticipated sophomore album ‘Who Am I?’.

The alt-pop outfit’s second album is due out on 12 February 2021 and will feature singles ‘You Don’t Own Me’ ‘Easy’, ‘She’s My Religion’ and ‘Change’.

Recorded primarily in LA alongside producer Rich Costey before the Coronavirus lockdown in 2020 forced the process to go virtual, with Heather and Ciara remaining in LA whilst remaining band members returned home to record their parts in the comfort of their bedrooms.

Pale Waves dropped their debut album ‘My Mind Makes Noises’ back in September 2018. After the release charted at No.8 on the UK Album Chart, they quickly become one of Britain’s biggest emerging British indie-pop bands on the scene.

Pale Waves ‘Who Am I?’ Full Album Tracklisting:

Set your reminders and don’t miss the chance to see them perform live on tour next year!