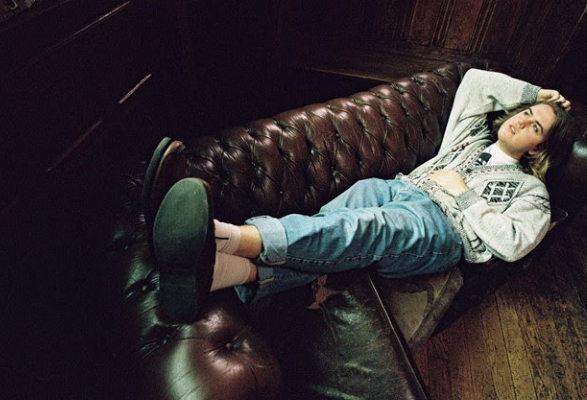 Oscar Lang has shared new single ‘Are You Happy’, lifted from his upcoming debut album ‘Chew The Scenery’, due out on 16 July 2021.

The full-length follows the release of three EPs in 2020 alone and will feature previous single ‘Stuck’.

The London-based artist, multi-instrumentalist and producer commented on the new track saying, “I wrote this tune about a mate that was having a really hard time and I wanted to let them know that I was there for them. I think it’s important to reach out to friends and family when they’re not doing great. It can be hard though, trying not to be too overbearing but I feel like this song is a great way of telling someone that you care about them.”

LISTEN TO ‘ARE YOU HAPPY?’ HERE:

Lang has also confirmed that he’ll be hitting the road on tour later this year in addition to a series of scheduled festival appearances.

Our Feature Presentation
21st Century Hobby
I Could Swear
Stuck
Yeah!
Headphones
Write Me A Letter
Intermission
Are You Happy
Quarter Past Nine
Take Time Out
Final Call
Thank You