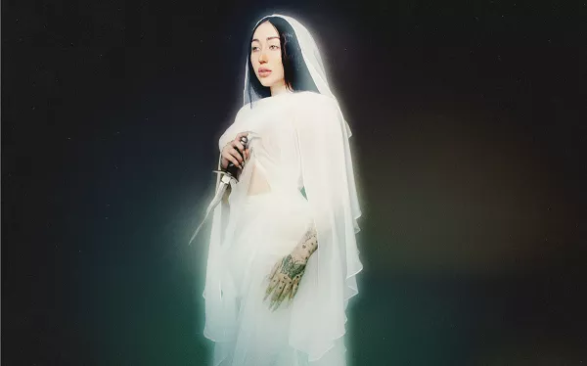 Noah Cyrus has announced her highly anticipated debut album ‘The Hardest Part’, due out on 15 July 2022.

Discussing the track, the soulful southern pop artist commented, “Living in California, you’re constantly living with this dread of wildfire season. At the time, I was reeling from my breakup, and Caldor was dominating the news. All this internal, emotional pain I was feeling was intertwined with the anxiety around this out-of-control fire and climate change in general…The song took shape around the idea that the only way my ex could comprehend the scale of my emotions was if I became this agent of chaos and set the entire city on fire. That idea of your internal struggle manifesting itself in the real world and affecting your surroundings is a big theme of the record, and that song feels so much bigger than anything I’ve written before. It’s the perfect introduction to the album.”

For her forthcoming debut full-length, the 22-year-old Nashville-born, Los Angeles-based singer-songwriter recruited award-winning record producer Mike Crossey, who helped guide her vision and find her voice. Noah oversaw all the arrangements on the record, emphasising the incorporation of instruments such as pedal steel and slide guitar.

‘The Hardest Part’ will follow Noah’s 2020 ‘The End of Everything EP’, which featured the triple-platinum ‘July’ and RIAA certified GOLD release ‘Lonely’.