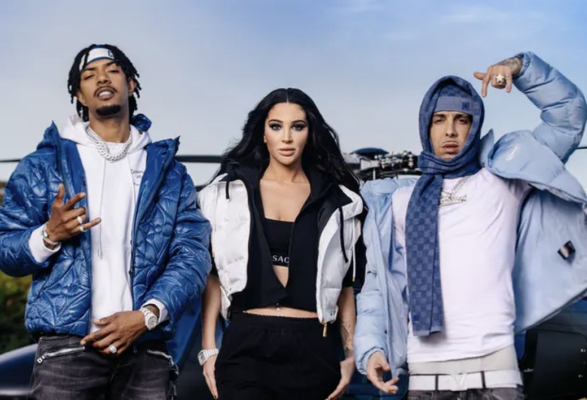 N-Dubz are back after a decade-long hiatus! Tulisa, Dappy & Fazer have reformed with new music on the way and a huge UK arena tour announced for November/December 2022 plus special guest Wes Nelson, Russ Millions & A1 X J1 at select dates.

The special run of arena shows will give fans the chance to hear all their favourite N-Dubz hits live for the first time in 11 years.

The track was written by the trio and produced by Rymez, who is best known for his work with artists like Stefflon Don, D Block Europe and Adekunle Gold. The song will be premiered on BBC 1 Xtra this Thursday evening before being officially released immediately after the first play.

‘Charmer’ will be their first track since 2011 single ‘Morning Star’.

The hip-hop group picked-up Best Newcomer at the MOBO Awards in 2007 and throughout their career, have achieved two Top 10 albums and 12 UK Top 40s. They also reached the top spot with 2009 single ‘Number 1’ with rapper Tinchy Stryder.

Don’t miss the chance to catch one of the UK’s most talked about bands make their much-anticipated return to the live stage later this year!