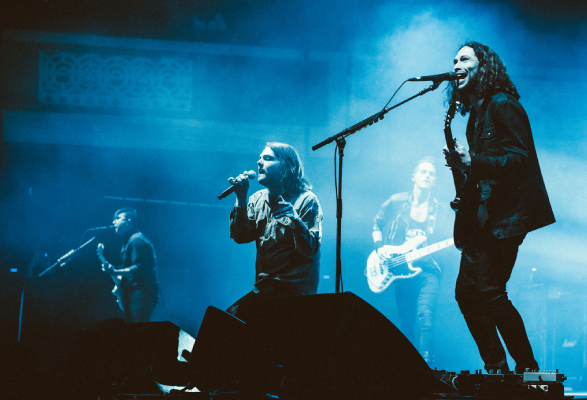 The shows will mark the band’s first UK live dates since they headline Reading & Leeds Festival back in 2011.

They made their big return to the stage for the first time in seven years back in 2019, playing an epic 20-song set at the Shrine Exposition Hall in Los Angeles.

The UK & Ireland shows will form part of a wider worldwide tour, which will also include performances in Australia, Japan, New Zealand, Germany, and Italy. Details of who might be joining the group on stage is still to be confirmed.

My Chemical Romance formed in Newark, New Jersey and made their big debut back in 2002 with their independently released album ‘I Brought You My Bullets, You Brought Me Your Love’.

After signing with Reprise Records a year later, the emo legends made their major label debut in 2004 with their album ‘Three Cheers For Sweet Revenge’, which featured platinum hit ‘’I’m Not Okay (I Promise), the gold-certified ‘Helena’ and ‘The Ghost of You’. ‘The Black Parade’ followed in 2006 with 3x platinum single ‘Welcome To The Black Parade’. The huge track topped both Billboard’s Alternative Songs tally and the UK Official Singles chart.

Be sure not to miss out on tickets to see My Chemical Romance live next year!