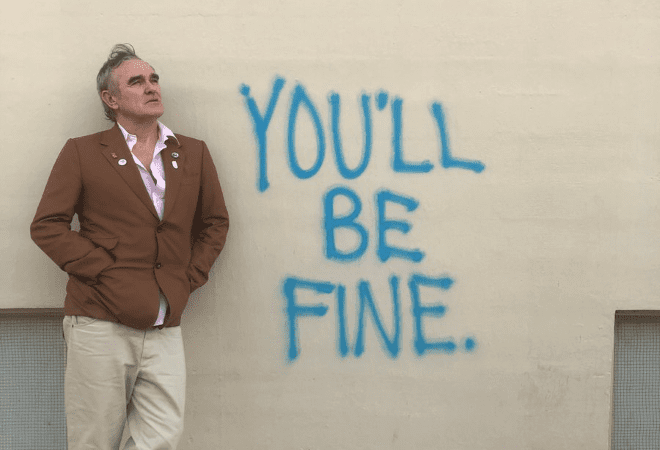 Morrissey has announced huge UK shows in Leeds and London as part of his larger European tour this year.

The Smiths singer’s will hit the road in support of his forthcoming 13th solo album ‘I Am Not A Dog On A Chain’, due out for release on 20 March 2020.

News of the tour follows Morrissey’s critically acclaimed tour of the US in autumn last year, featuring special guests Interpol. The huge 30-date run of shows drew large crowds as well as rave reviews across the board.

I Am Not A Dog On A Chain’ was produced by Grammy Award-winning producer Joe Chicarelli and recorded between France and California. The album’s first single ‘Bobby Don’t You Think They Know?’ features backing vocals by legendary R&B icon Thelma Houston.

Morrissey will also be heading to the Palladium Cologne on 09 March and Salle Pleyel in Paris on 11 March.

Don’t miss him live in concert in Leeds and London – tickets are sure to be in high demand!