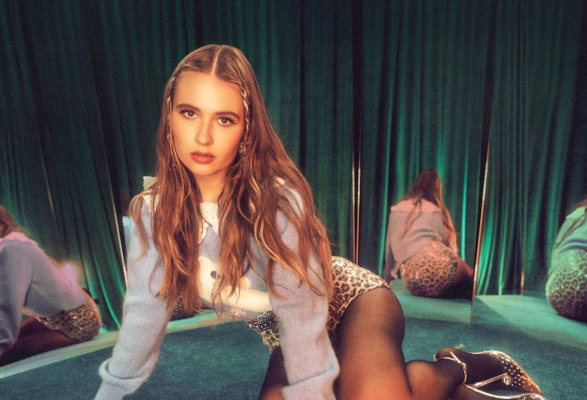 Here tonight at the Institute we have Mimi Webb, a pop princess in the making. After getting signed at the tender age of 18, she has gone on in such a short while to amass 85 million views on Tik Tok and 25 million on Spotify, some going. And with a run of bangers released her debut EP ‘Seven Shades Of Break Up’, there seems to be no stopping this young lady and the crowds are getting larger, tonight playing to a sold out Institute and a very noisy one at that.

Predominantly a female crowd, but one who sang every word of every song with fervour. In fact, it sounded like a jet taking off. At times you had trouble hearing Mimi, no joke, and although not music we would normally gravitate to, you can’t deny she has something going on and she works the smallish stage well. She should relish a larger stage, which too be honest she seems destined to play, and in the not-too-distant future. Crowd faves, well, all of them to be honest. Mine, ‘Dumb Love’ and ‘Good Without’. It will be interesting to see what is next for the seemingly unstoppable Ms Webb.