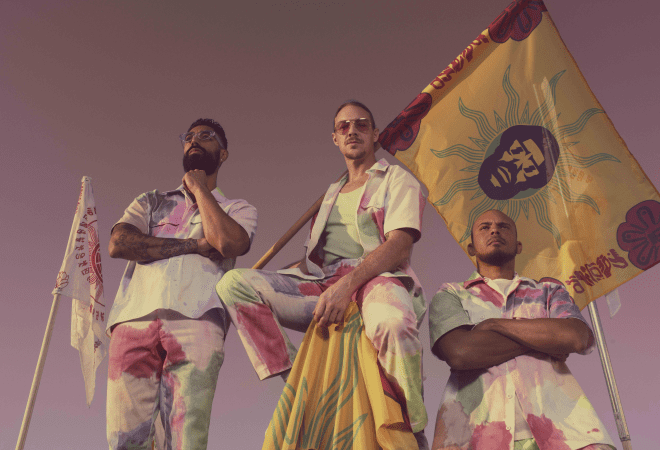 The track is lifted from new album ‘Music Is The Weapon’, which is out now to critical acclaim.

The colourful video was directed by Sam Hayes and pays tribute to the iconic Hype Williams videos of the 90s.

New York-born, Chilean artist Paloma Mami is one of Latin music’s biggest rising stars. The viral success of her 2018 independently produced debut single and video ‘Not Steady’ earned her a deal with Sony Music Latin, making her the first Chilean artist of her generation to sign to a major record label.

The follow-up to 2015s ‘Peace Is The Mission’, the album highlights the group’s ability to produce massive singles and highlight vibrant sounds from up-and-coming artists around the world.

Check out the Music Is The Weapon Spotify Enhanced album playlist, consisting of 50 tracks that inspired the album, curated by Major Lazer.

The band is also set to debut Major Lazer: Year Negative One in early 2021. The comic book was drawn by longtime collaborator Ferry Gouw, creator of the original Major Lazer character, and written by acclaimed scribe Alex De Campi.

Last year Major Lazer partnered with YouTube to debut a new docu-special entitled ‘Chasing The Sound’, following them to Ghana and Nigeria. In addition, the 2016 documentary film ‘Give Me Future’ chronicling the group’s historic 400,000 person concert in downtown Havana, Cuba is now available on YouTube for the first time ever.

Their previous acclaimed albums include 2009’s ‘Guns Don’t Kill People…Lazers Do’ and 2013s ‘Free The Universe’.