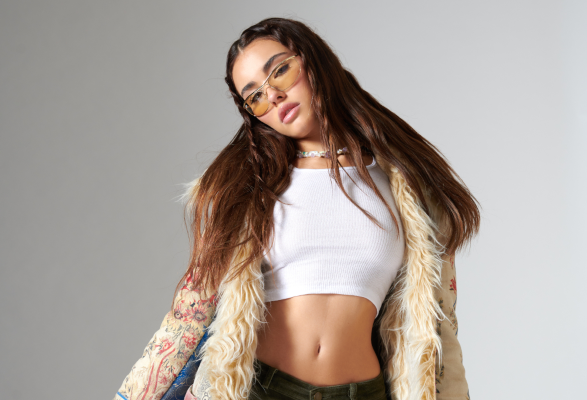 Madison Beer will bring The Life Support Tour to the UK & Ireland in April 2022.

The pop sensation commented, “After such a challenging year I am so excited to go on tour and perform for my fans…I poured my heart and soul into Life Support, and I’ve been dreaming about the day when I can finally go on stage to perform and celebrate with all of you. My fans have stuck by my side since the beginning, so I’m thrilled to finally get back on the road to share this experience together soon.”

Madison will also take her tour across Europe and the US as well as play a two day residency in Las Vegas.

Her debut album ‘Life Support’ released earlier this year to widespread critical acclaim. It has accumulated over 700 million streams to date and debuted in the Top 30 on the UK Official Album Chart.

The full-length features singles such as ‘Selfish’– which earned Madison her fastest ever gold certified record – and ‘BOYSHIT’.

Prior to signing with Epic Records back in 2019, Madison Beer achieved extraordinary success as an independent artist with her partner First Access Entertainment. After dropping her debut EP ‘As She Pleases’, she became the first independent female solo artist to break into the Top 20 radio charts.

Globally, her music catalogue has since clocked-up more than three billion streams and counting!