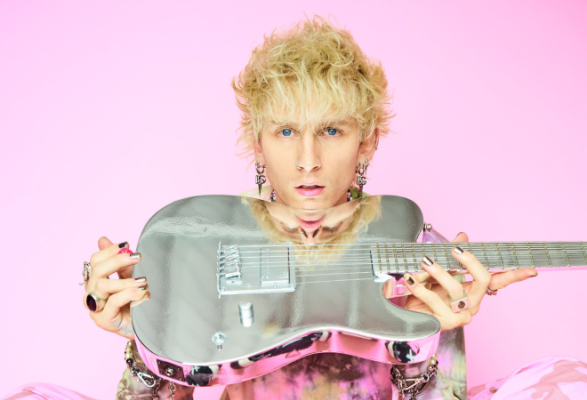 Machine Gun Kelly will bring his international Mainstream Sellout Tour to the UK & Ireland this October.

The extensive tour will see the multi-platinum selling artist head to 52 arenas across North America, Europe and the UK with an impressive list of special guests, including the likes of including Avril Lavigne, Travis Barker, blackbear, Trippie Redd, WILLOW, iann dior, PVRIS and 44phantom on select dates.

Joining him the UK & Ireland leg of the tour will be iann dior and 44phantom.

The genre-bending pop/punk rapper has accumulated over 15.5 billion streams online and sold over 10 million album units to date.

Machine Gun Kelly’s new album ‘Mainstream Sellout’ is due out this Friday (25 March). The release follows on from a string of collaborative singles including ‘Ay’ with Lil Wayne, ‘Emo Girl’ with Willow Smith and ‘maybe’ featuring Bring Me The Horizon.

The record, which was originally entitled ‘Born With Horns’, will be Kelly’s sixth studio album to date and follows 2020s ‘Tickets To My Downfall’.