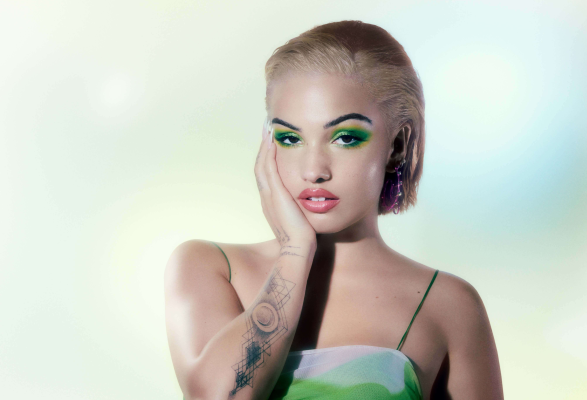 Jax Jones and Mabel last collaborated on the hit single ‘Ring Ring’, which has since been certified silver and charted at No.12 in the UK.

Mabel commented on the new track saying, “’Good Luck’ is the empowering song you need when getting ready to go out: when you’re feeling low about someone, and your friends will take you out to get that person off your mind.”

The song is accompanied by an official music video – WATCH IT HERE:

The BRIT Award winner recently landed her twelfth Top 20 smash with Joel Corry collab ‘I Wish’. Following its release in November last year, Corry said, “‘I Wish’ is a special song and it holds huge place in my heart…Mabel is a superstar who I always wanted to collaborate with and I’m buzzing that my wish came true.”

Mabel dropped her huge breakthrough hit ‘Finders Keepers’ featuring Kojo Funds in 2017, which peaked at No.8 on the UK Singles Chart.

The British-Swedish artist has now surpassed four billion streams and 2.2 million adjusted album sales for debut album ‘High Expectations’, which was the biggest selling debut by a British woman in 2019. The album featured Top 10 hits ‘Don’t Call Me Up’ and ‘Mad Love’.

The R&B/pop sensation’s new album is rumoured to be entitled ‘About Last Night’, with first single ‘Let Them Know’ unveiled last summer.

More recently, Mabel has announced a huge outdoor show at Dublin’s Fairview Park on 28 June 2022, tickets on sale Friday (25 March) at 10am from Ticketmaster