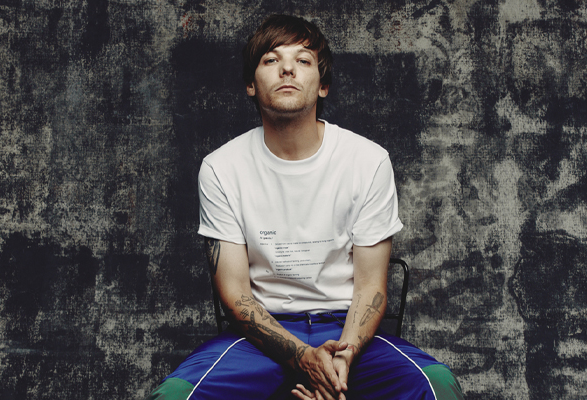 Louis Tomlinson has rescheduled his UK tour to April 2022, including an extra date added in Manchester and new London venue.

Louis will be joined on tour by Only The Poets.

Tickets purchased for London shows at the Roundhouse will remain valid for the new date at The SSE Arena, Wembley.

The One Direction star took to social media to reveal the new show details posting, “Let’s try this one last time! All shows on my world tour will be moving back to 2022 and I’m excited to announce the first wave of new dates. I can’t wait to see you all soon, it’s going to be special!”

“After all this time and years of waiting this tour is going to be incredible, I can’t wait!”

The run of UK shows will form part of Tomlinson’s first ever solo world tour in support of his debut solo album ‘Walls’.

The record was officially released back in January 2020 and features singles ‘Walls’, ‘We Made It’, ‘Kill My Mind’, ‘Let It Break Your Heart’ and ‘Two of Us’. The LP reached the No. 4 spot on the Official UK Chart and ranked No.9 in the US.

During his time as a member of boyband sensations 1D, the group achieved over 100 million record sales. Former members include Niall Horan, Liam Payne, Harry Styles and Zayn Malic, who announced his departure from the band in early 2015. The four remaining members went on to release final album ‘Made in the A.M.’ before finally confirming that they would be taking an indefinite hiatus in January 2016.