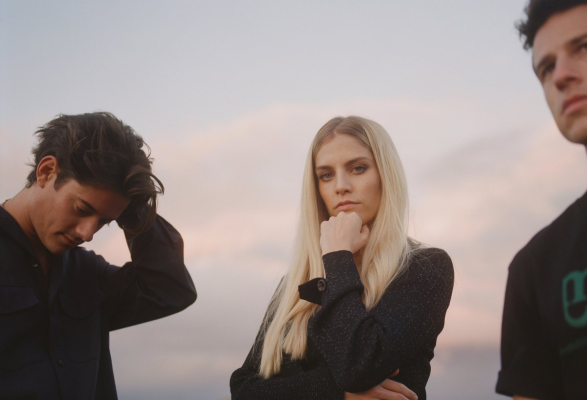 London Grammar have shared the official music video for new single ‘America’, lifted from their No.1 album ‘Californian Soil’.

The video was directed by the band’s long-time collaborator Dave Bullivant. Frontwoman Hannah Reid commented, “America was the first song I wrote for Californian soil. I cried when I wrote it and it was the first step in a really cathartic experience. It was such a joy to create the video with Dave Bullivant. We knew we wanted it to be understated and simple but beautiful. He brought the song to life with his cinematic vision. So lucky to have worked with him”.

‘Californian Soil’ is London Grammar’s second No.1 album to date. The critically acclaimed full-length entered straight into the top spot in the Official charts and is the fastest selling UK album of 2021 so far.

The record also includes hit singles ‘Baby It’s You’, ‘Lose Your Head’, ‘How Does It Feel’ and ‘Lord It’s a Feeling’.

The indie pop group are gearing up for their headline slot at the All Points East festival in London later this month. Followed by a trio of September album shows, they will then hit the road on their biggest headline tour to date this autumn, which will include two huge nights at London’s iconic Alexandra Palace.