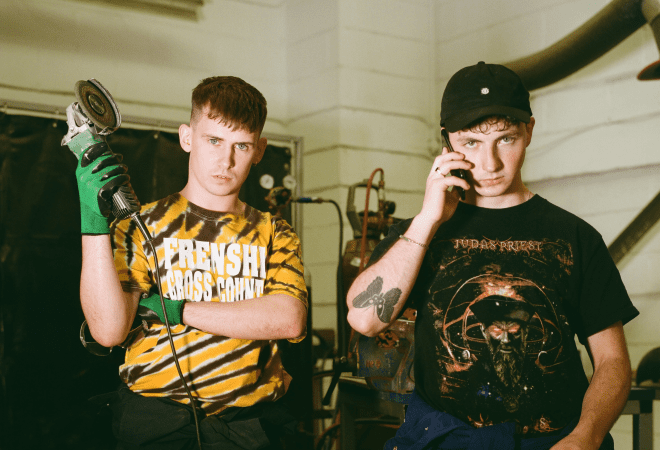 WATCH THE VIDEO FOR ‘PHOENIX’ HERE:

Kojaque commented on how the ‘Green Diesel’ project first came to be saying, “We started out wanting to make a short project, 4 tracks or something, but the more we worked together the more the tunes piled up, until we had like 11 tracks together, we kept working on um and finessing then and chose the ones that flowed together the best. The project is all energy, we pushed each other to make it and to get it to a place we’re both really happy with. I think you can see a lot of passion in the project and some bangin f**kin tunes.”

It has been a remarkable year for the Dublin hip-hop artist, who was invited to tour with Slowthai as well as support Lana Del Rey at her huge Malahide Castle gig in June. After dropping his conceptual album ‘Deli Daydreams’ in 2018, the project became the first of its kind to be nominated for the prestigious Choice Music Prize in Ireland. Furthermore, Kojaque was recently selected for YouTube Music’s ‘Foundry Programme’ alongside the likes of Omar Apollo and Flohio.

Swedish-born rapper Luka Palm also grew up in Dublin and has been a staple of Ireland’s underground hip-hop scene since the release of his track ‘Pink Lady’ in 2015. Listen to the pair’s ‘Green Diesel’ collab in full HERE: