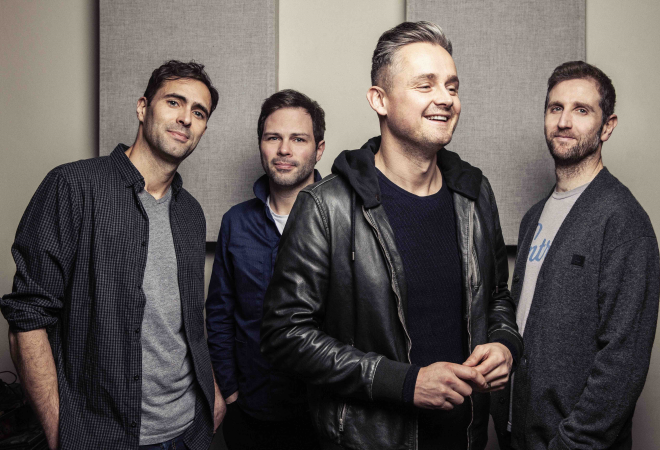 Keane have confirmed that they are currently putting the finishing touches to their brand new studio album.

The beloved British pop rock group recently sent fans wild after performing their huge hit ‘Somewhere Only We Know’ on BBC’s Comic Relief. Their upcoming release is set for later this year and will be their first new album since 2012’s Strangeland.

Frontman Tom Chaplin has dropped two highly successful solo albums during the band’s hiatus. After meeting up with Keane songwriter and pianist Tim Rice-Oxley and listening to tracks that Tim had planned on releasing as part of a solo project, Tom was incredibly moved by the songs. He commented, “I thought it was the most personal, most vulnerable set of songs that I’d ever heard, and I was very drawn to that. It felt like a story that I could help articulate.”

Tom and Tim soon found themselves back in the studio with fellow bandmates Richard Hughes (drums) and Jesse Quin (bass), working on an album that they’re all extremely proud of.

Keane have already lined up various European festival appearances for the summer, including Cornbury Festival and British Summer Time Hyde Park as support for Robbie Williams.

Tickets for both events are on sale now from AXS Ticketmaster

All the group’s previous studio albums have hit No. 1 on the Official Albums Chart and time will certainly tell if their new release will do the same.

Further news and live dates are due to be announced soon. In the meantime, let’s remember the band’s classic track ‘Somewhere Only We Know’.