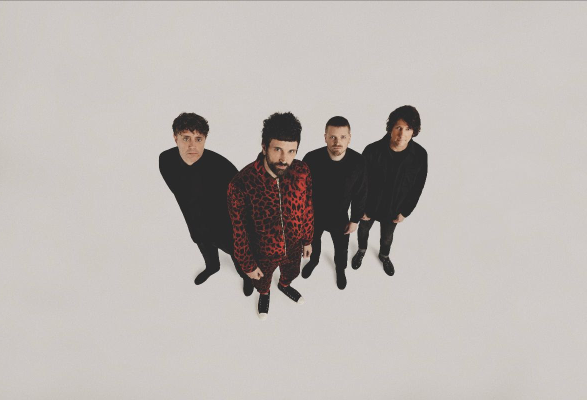 Kasabian have dropped brand new single ‘SCRIPTVRE’, lifted from their eagerly anticipated seventh album ‘The Alchemist’s Euphoria’, due out on 05 August.

The track is the follow-up to the previously released ‘Alygatyr’ and was produced by Serge Pizzorno and Fraser T Smith, mixed by Spike Stent and written by Serge.

The frontman commented, ‘SCRIPTVRE is about rewriting the story you tell yourself. Editing your own script’.

Discussing the forthcoming full-length Serge added, “One thing about this record I feel over the other ones, is it definitely feels like a body of work that belongs together. It was a beautiful moment in mastering hearing it as a piece. I think it really holds up in our seven albums….The Magnificent Seven”.

“It’s definitely music to make you feel like anything’s possible…And it feels really exciting because, like always, this band can go absolutely anywhere.”

The band embarked on a sold out 17-date UK tour last autumn and have lined-up a string of landmark live shows for this summer.

The alt rockers have been revealed as special guests at Liam Gallager’s huge Knebworth shows this June as well as confirmed as main stage headliners at this year’s Isle of Wight Festival.

Isle of Wight Festival tickets on sale now from Ticketmaster