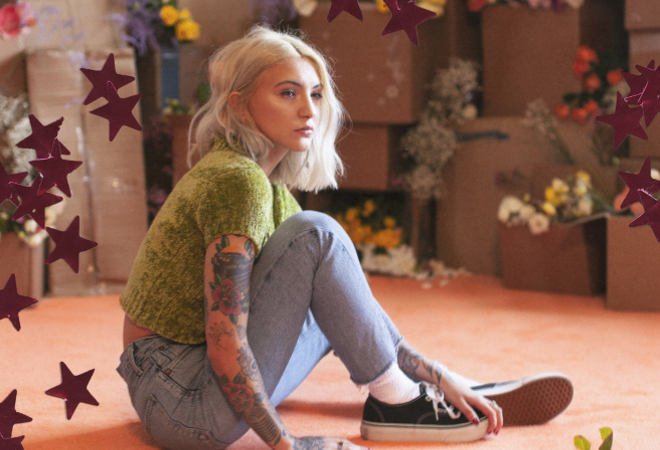 Julia Michaels has announced the release of Inner Monologue Part 1, due out on 25 January 2019.

The multiplatinum singer-songwriter took to social media to share the news about her highly anticipated new collection of songs saying, “Here’s a piece of my mind and my heart. It’s yours next week.”

Julia Michaels made the transition from behind-the-scenes to solo act back in 2015 after crafting huge hit tracks for the likes of Justin Bieber and Selena Gomez. Her debut single ‘Issues’ dropped in 2017 and earned her Grammy Award nominations for Best New Artist as well as Song of the Year. The track has since gone 3x platinum and exceeded one billion global streams.

2018 Proved to be another big year for Julia. Not only did she feature on Clean Bandit’s track ‘I Miss You’ and achieve her first Top 10 on the Billboard Hot Dance/Electronic Songs Chart, she co-wrote and lent her voice to Shawn Mendes’ ‘Like To Be You’, Lauv’s ‘There’s No Way’ and Noah Kahan’s ‘Hurt Somebody’.

The talented artist then went on to land her first country radio No.1 with Keith Urban’s smash ‘Coming Home’ as well as penned tracks for Janelle Monàe and P!nk to Christina Aguilera and Jesse Ware. Furthermore, she hit the road on tour with Maroon 5, Keith Urban, Shawn Mendes and Niall Horan.

Julia Michaels Inner Monologue Part I promises to be her most passionate, powerful, and personal body of work yet and the start of another exciting year for the hitmaker.