Jonas Brothers New Single ‘What A Man Gotta Do’ 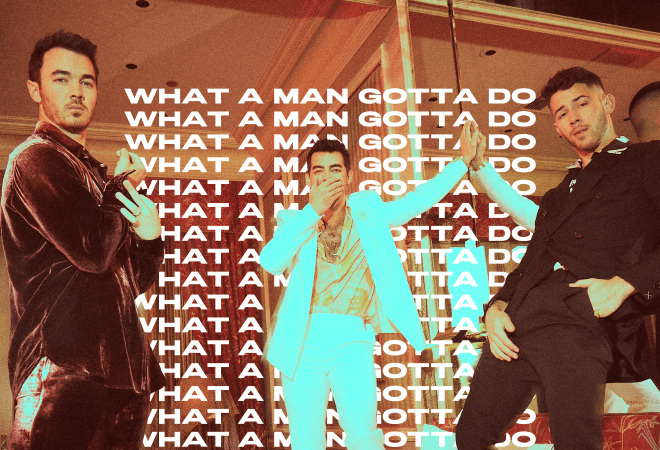 Jonas Brothers have dropped their first new single of 2020 ‘What A Man Got To Do’ alongside the official music video co-starring Priyanka Chopra Jones, Sophie Turner and Danielle Jonas.

The trio are set to perform the track for the very first time at the 62nd annual Grammys in LA, where they are also nominated for the ‘Best Pop Duo/Group Performance’ award.

The song comes hot on the heels of their huge comeback album and ahead of their UK tour, which kicks off at the end of this month.

The record reached No.1 on the Billboard Top 200 as well No.2 on the UK’s Official Album charts. Furthermore, the double-platinum track debuted at No.1 on Billboard’s Hot 100 to become the first No.1 for the band and the first No.1 debut from a group this century.

They also received a number of awards, including a 2019 MTV Video Music Award for ‘Best Pop Video’ and two 2019 Teen Choice Awards for ‘Artist Of The Decade’ and ‘Choice Summer Group’ alongside their American Music Awards nominations.

Jonas Brothers went on to end 2019 on another high with the release of Top 5 hit ‘Only Human’.