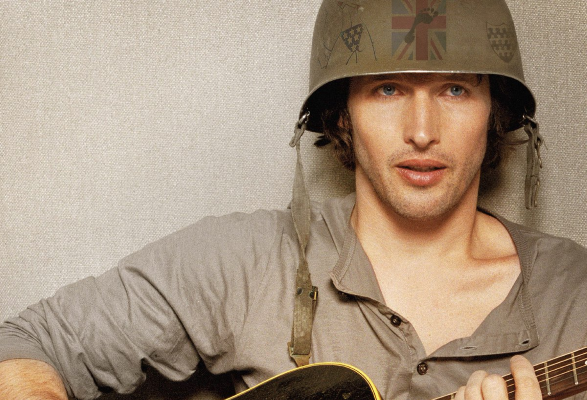 James Blunt will embark on a greatest hits UK arena tour in February 2022 in celebration of his extensive collection of songs spanning an impressive 17-year career.

The tour will be in support of the English singer-songwriter’s upcoming greatest hits album ‘The Stars Beneath My Feet (2004-2021)’, due out on 19 November 2021.

‘The Stars Beneath My Feet (2004-2021)’ will include a selection of Blunt’s biggest hit singles as well as four new tracks ‘Love Under Pressure’, ‘Unstoppable’, ‘Adrenaline’ & ‘I Came For Love’. It will also feature four exclusive live performances from around the world, including the Glastonbury Festival.

James commented, “Amazingly, I’m releasing my Greatest Hits. I wanted to call it “Greatest Hit (& Songs I Wish You’d Heard)”, but the good people at Atlantic Records suggested I call it something more sensible, so it’s called “The Stars Beneath My Feet”. If you’d ever wished that James Blunt had only ever released one album – this is that album. It’s 30 awesome songs, including live performances from Glastonbury and elsewhere, and four new songs. To celebrate its release, I’ll be heading out to tour the world all next year. I can’t wait to see you then.”

James’ classic 2004 debut album ‘Back To Bedlam’, which featured global hit single ‘You’re Beautiful’, was recently named as one of the top ten best-selling albums of that decade. Following the release of his latest Gold-selling full-length ‘Once Upon A Mind’, he has once again reinforced his reputation for writing honest, emotional songs that people can relate to.

Love Under Pressure
1973
Wisemen
Same Mistake
You’re Beautiful
Monsters
Tears And Rain
Bonfire Heart
I Really Want You (live in New York)
The Truth
Heart To Heart
Champions
Postcards
No Bravery (live in London)
Adrenaline
Smoke Signals
Unstoppable
Goodbye My Lover
Coz I Love You (live at Glastonbury)
So Long, Jimmy
Carry You Home
The Greatest
High
Don’t Give Me Those Eyes
OK
Stay The Night
Bartender
Cold
Where Is My Mind? (live in Paris)
I Came For Love