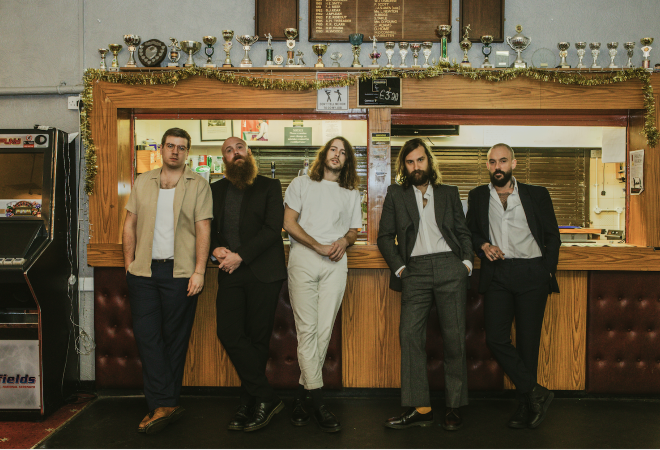 IDLES have shared the official music video for their latest track ‘Model Village’, lifted from their hugely anticipated third album entitled ‘Ultra Mono’, due out on 25 September 2020.

Frontman Joe Talbot commented on the meaning of the song saying, “I hated growing up in a city that was really a town that was really a fishbowl. I left as soon as I could, only to realize the fishbowl didn’t exist…just the fish, and they’re everywhere.”

The animated visuals were directed by Michel Gondry and Oliver Gondry in collaboration with WePresent, WeTransfer’s editorial platform.

The video was intricately put together over a duration of weeks. Michel cut out hand-drawn characters and shapes in his LA studio and arranging them on lightboxes to film from above on his iPhone before sending everything to Olivier in Paris to bring the collages to life through CGI.

‘Ultra Mono’ was recorded in Paris and produced by Nick Launay and Adam ‘Atom’ Greenspan with additional programming by Kenny Beats. The album is the follow-up to 2018s ‘Joy As An Act Of Resistance’ and features guest vocals from Jehnny Beth of Savages as well as further contributions from Warren Ellis of Nick Cave & The Bad Seeds, David Yow and Jamie Cullum.