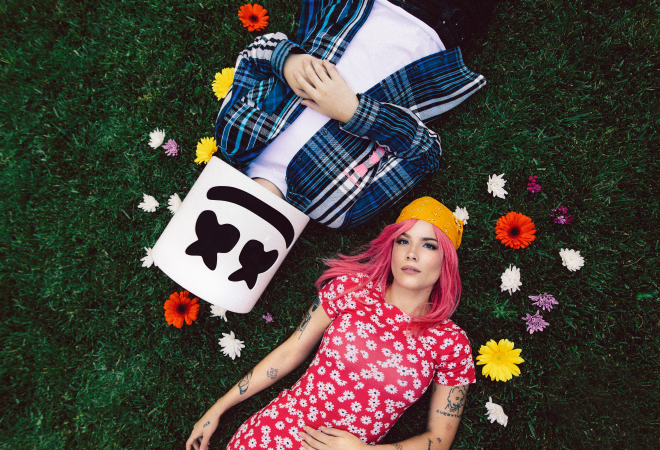 Halsey and Marshmello have shared the official music video for new single collab ‘Be Kind’.

The pair teamed up for the track, which has quickly become a worldwide hit across the board, garnering over 175 million global streams.

The video was directed by Hannah Lux Davis, who also worked on visuals for Halsey’s songs ‘Nightmare’ and ‘Alone’. Filmed during quarantine, the contemporary dance video stars the Grammy nominated singer who learned the choreography on Facetime as well as applied her own make-up.

Halsey’s latest album ‘Manic’ dropped earlier this year, debuting at the top spot on the Billboard Top Current Albums chart. The release has since reached Platinum certification in numerous different countries around the globe and features hit singles such as ‘Graveyard’, ‘You Should Be So Sad’ and the 7x Platinum single ‘Without Me’. The huge track also received the title of most-played song of 2019 at US radio and was the longest-running Billboard Hot 100 Top 10 hit by a female artist of this century.

To date Halsey’s music has amassed over 25 billion streams worldwide and she has sold more than 12 million adjusted albums globally.

American DJ and electronic producer Marshmello is no stranger to collaborations. The famously masked artist has joined forces with the likes of Bastille, Selena Gomez, Migos, Khalid, Logic and Kane Brown and his music has clocked a staggering 7+ billion streams across Spotify alone. He has 45 million subscribers on YouTube and counting, making him the second largest musical artist on the platform.