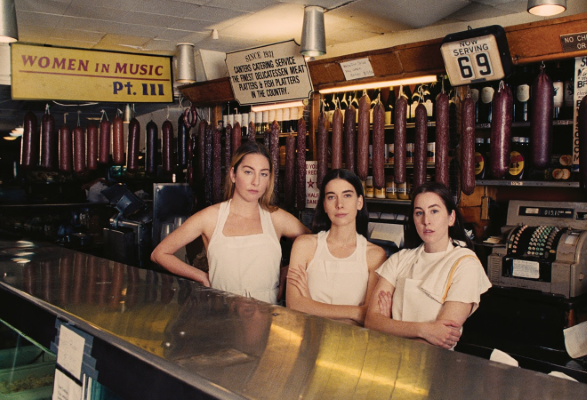 Haim announce rescheduled dates for The One More Haim Tour in September 2021, which will see the LA trio perform their biggest headline UK shows to date.

The tour will be in support of the Californian sisters latest third studio album ‘Women In Music Pt. III’. They sold out the legendary Alexandra Palace in London twice the last time they visited UK shores and were set to headline Latitude festival this summer prior to the coronavirus pandemic.

Sisters Alana, Danielle and Este took to social media to share the news of their rescheduled shows saying, “hii! it’s been such a bummer being away from you guys for so long but the one more haim UK tour is officially happening this September! if u already purchased your ticket, it’s still valid. SEE YOU SOON

(we’re still figuring out Leeds and Dublin but will let you know as soon as we can reschedule!!) can’t wait until we can all dance together again x”

Dua Lipa revealed as the UK’s most-played artist of 2020.