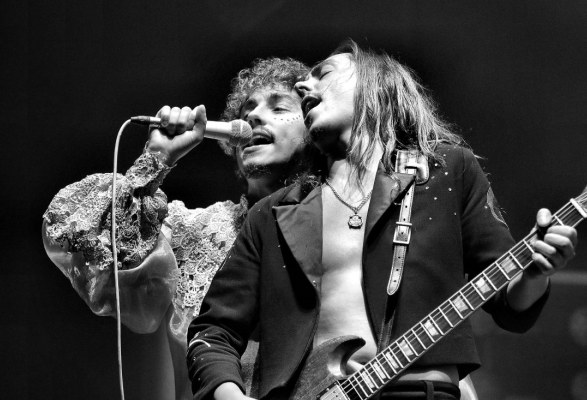 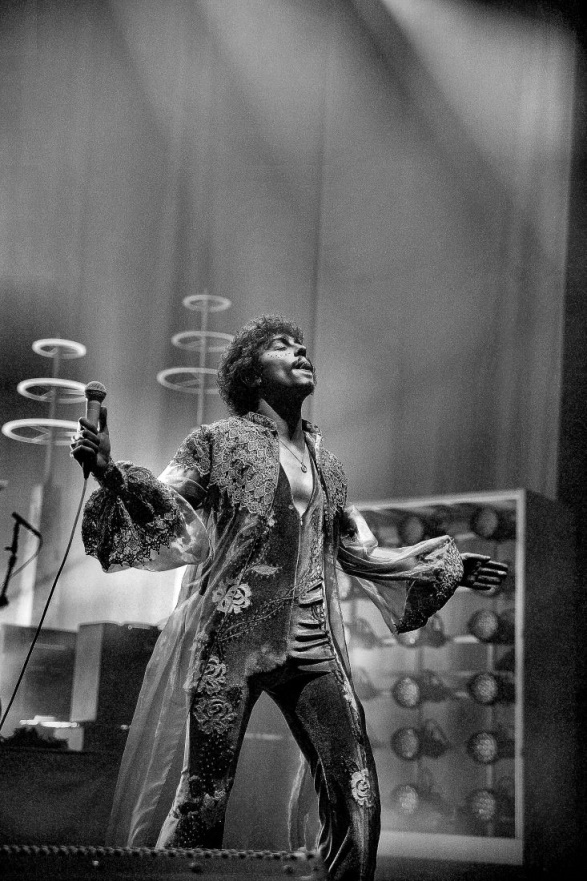 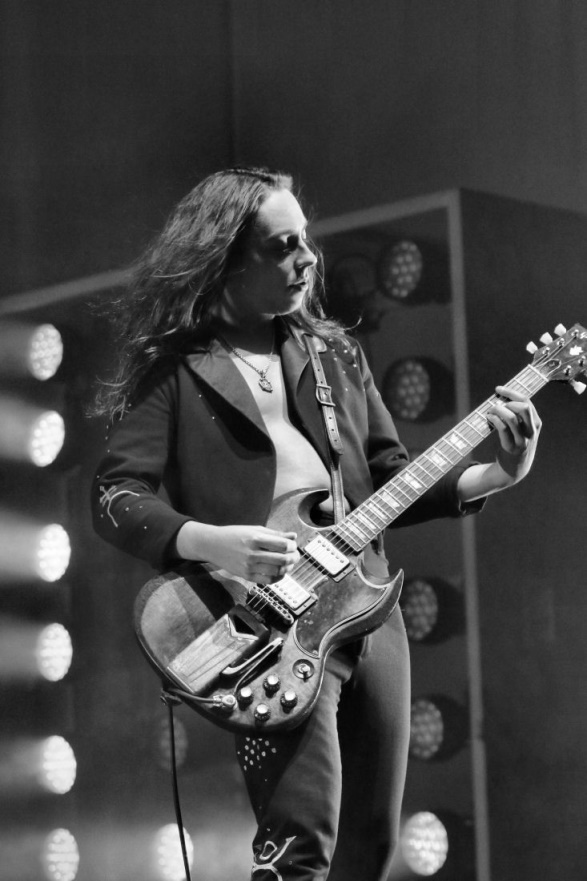 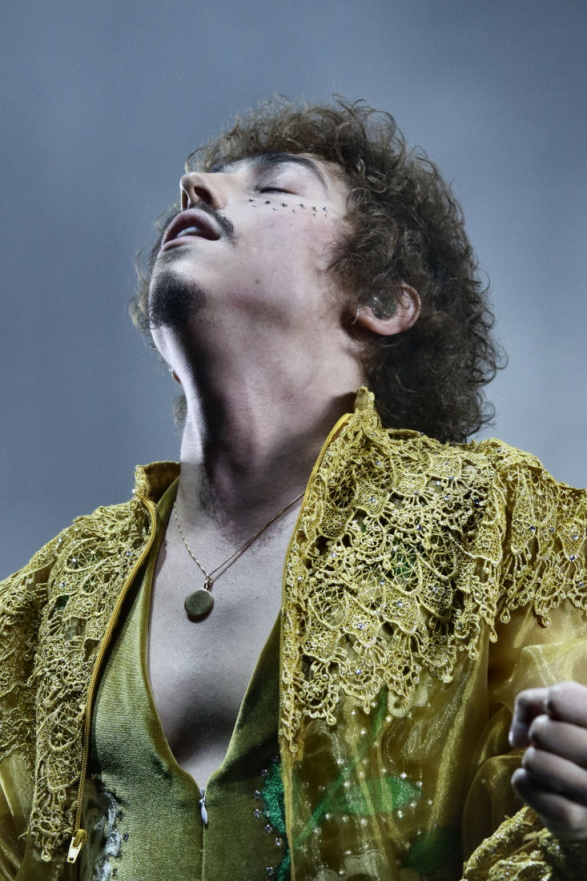 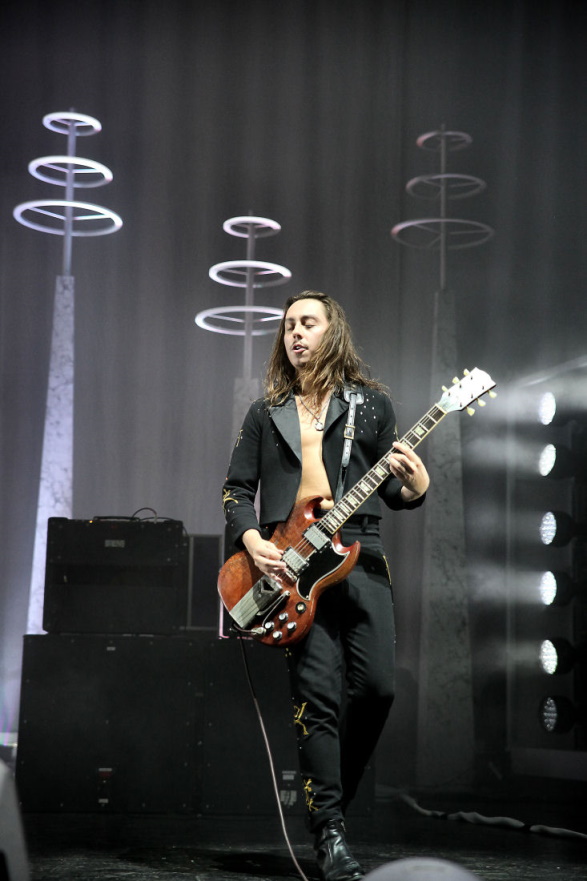 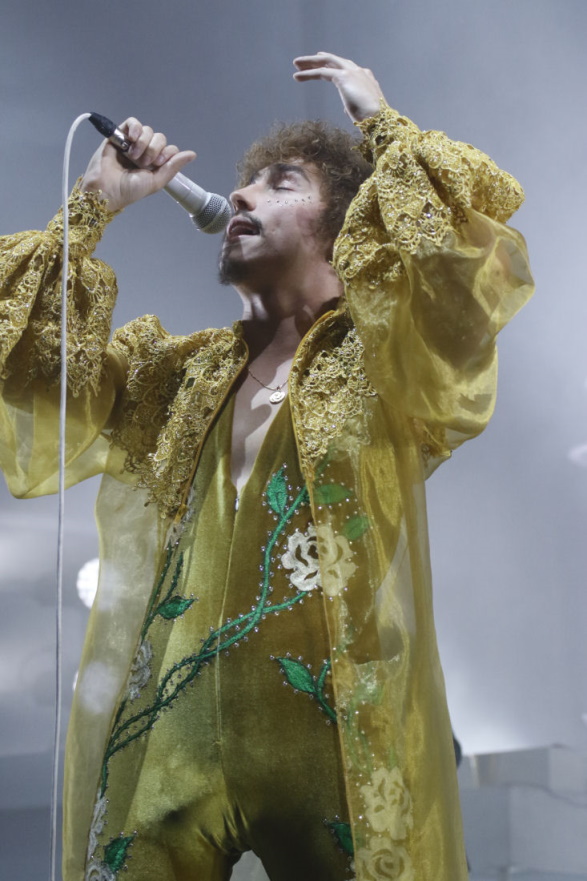 Like everyone here tonight we have had to wait a long time for this return of the band that has caused quite a stir in the rock music fraternity, being that they do sound very much like Led Zeppelin, especially with lead singer Josh Kiszka’s voice which is incredible. And after their debut album ‘Anthem Of The Peaceful Army’ sold 80 000 in the first week of release, and won awards, and after seeing them live a couple of times, it was obvious that they were a great live band. So this was the first time after Covid and the release of their second album ‘The Battle Of Gardens Gate’, to get the chance of seeing them, and at larger venues, this was the first of two sold out nights in Manchester! And in a very warm Apollo, it was very clear that even hardened Zeppelin fans have accepted Greta Van Fleet as an excellent band in their own right. What was very noticeable was the amount of singing along to the songs, which let’s face it, Greta songs are not radio friendly, commercial ditties, so this was very impressive. Highlights, if you had to pick some out would be ‘Safari Song’, ‘Light My Love’ and ‘Highway Tune’, but it would be hard as the hole set was brilliant, and we look forward to seeing what Greta do next now that they are over the tricky second album stage. I’m of the opinion that the only way is up for the Great Van Fleet boys.