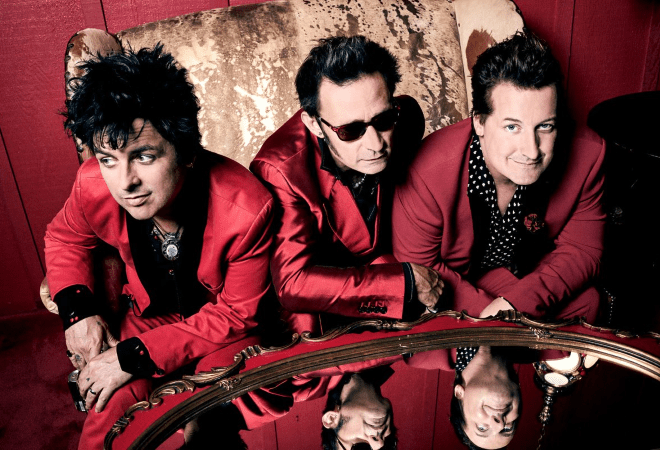 The American rockers were originally due to perform the track live on this Saturday’s NHL Outdoor Games at Lake Tahoe, Nevada. However adverse weather conditions led to the postponement of both the game and the song’s release.

The track went on to officially drop on Sunday (21 February) in North America before the rest of the world got to hear it on Monday (22 February).

Get ready to rip! New song “Here Comes The Shock” out Sunday in North America + the rest of the world on Monday.

Hear it first during this Saturday’s #NHLOutdoors at Lake Tahoe game at 3pm ET on @NBC!! ? @NHL pic.twitter.com/QSgTJkVgyG

Green Day played their first live show of 2021 as part of a special pre-Super Bowl NFL show. They then returned to the stage for a special three-song set as part of the NFL Honors virtual concert earlier this month, performing ‘Holiday’, ‘Basket Case’ and ‘Still Breathing’.

After being forced off the road by the global coronavirus pandemic, frontman Billie Joe Armstrong dropped his ‘No Fun Mondays’ album of song covers in autumn 2020. The LP features a selection of tracks performed by the singer during quarantine as part of his No Fun Mondays covers club YouTube series.

The multi-Grammy Award-winning Rock and Roll Hall of Fame inductees are currently gearing up for The Hella Mega Tour with Fall Out Boy & Weezer. The UK & Ireland leg of shows has been rescheduled to June 2021 – REMAINING TICKETS ARE ON SALE NOW FROM HERE