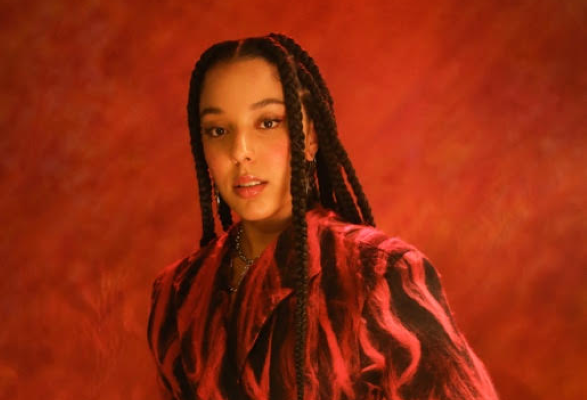 Profoundly personal yet dealing with universal feelings of grief and loss, the track contains all the intimate lyricism that the British singer-songwriter has come to be known for.

Discussing the track she commented, “Dark matter is a song I wrote at a time where I was beginning to let go of a lifetime of seeking approval from someone who was never gonna give it to me. It’s kind of sarcastic but also me thanking this person for being so shit that it made me so much better and with time, realise I was so much more without them.”

After dropping her debut EP ‘Why Her Not Me’ back in 2018, her collection of tracks has clocked-up over 300M plays to date.

In addition to playing shows across the UK, US, Asia and Europe, she has performed at festivals including Glastonbury, Made In America, SxSW and Latitude as well as toured with the likes of HAIM, Dua Lipa, Lewis Capaldi and Jorja Smith.