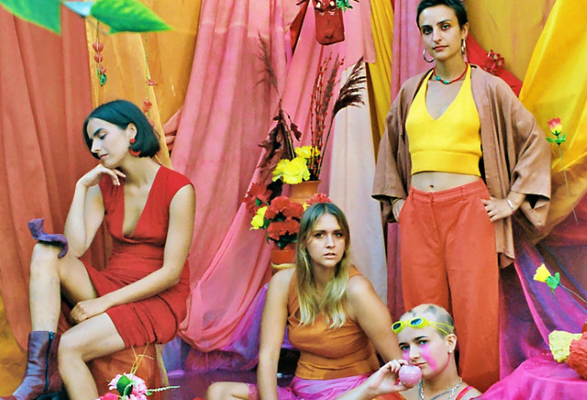 The song will feature on upcoming sophomore album ‘On All Fours’, due out for release on 29 January 2021.

Guitarist and singer L.E.D. commented, “Badibaba is a song about environmental catastrophe and the pessimism and self-destruction that this causes to the human spirit.”

Frontwoman and guitarist Lottie Cream added, “It touches on how the earth’s existence is controlled by exploitative systems, and the feeling of existential helplessness this induces.”

‘On All Fours’ was produced by Dan Carey in South London back in late 2019. It sees the band dive into uncharted lyrical and melodic territory whilst still maintaining focus on the world’s injustices and social prejudices.

Alongside the new album announcement, the post-punk band has confirmed that they will be hitting the road on a headline tour in September 2021.

‘On All Fours’ Full Album Tracklisting:

Pest
Badibaba
Jazz (In The Supermarket)
Once Again
P.T.S.Tea
Sad Cowboy
The Crack
Closing In
Anxiety Feels
They Bite On You
Bang
Where Do We Go?
A-Men