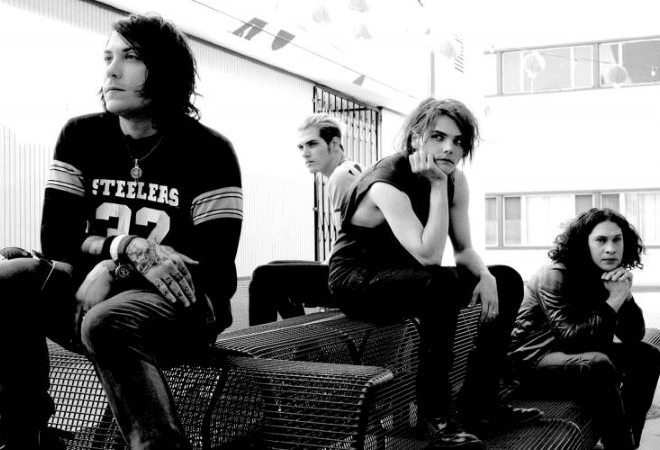 The song features guest vocals from Judith Hill and was recorded for the second season of Netflix series The Umbrella Academy, which is based on comics and graphic novels created by Way and Gabriel Ba.

‘Here Comes The End’ is Gerard’s first official solo release of 2020 and follows last year’s cover of The Turtle’s ‘Happy Together’ featuring bandmate and guitarist Ray Toro. Throughout lockdown he has also been sharing music with fans via his SoundCloud.

My Chemical Romance reunited at the end of 2019 and have recently confirmed rescheduled 2021 dates for their highly anticipated UK & Ireland tour.

The emo legends marked their return with a huge show at the Shrine Exposition Hall in Los Angeles last year, featuring a mammoth setlist of iconic hits like ‘Welcome to the Black Parade’, ‘I’m Not Okay (I Promise)’, ‘Helena’ and more taken from previous albums such as ‘The Black Parade’, ‘Three Cheers For Sweet Revenge’ and ‘Danger Days: The True Lives of the Fabulous Killjoys’.

Be sure not to miss out on tickets to see My Chemical Romance live next year!