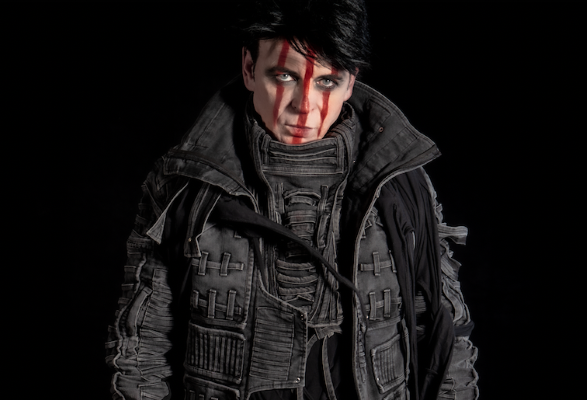 Gary Numan has shared new track ‘Saints And Liars’, lifted from forthcoming album ‘Intruder’, due out on 21 May 2021.

The song follow’s recent singles ‘Intruder’ and ‘I Am Screaming’ and expands on the album’s concept of the planet protesting and fighting back against mankind’s reckless occupation.

‘Intruder’ will be the synth-pop pioneer’s 18th solo studio album to date and was recorded between sessions at Numan’s LA home studio and at producer Ade Fenton’s studio in Bath.

The album follows Numan’s 2017 release ‘Savage: Songs From A Broken World’, which became his highest charting set in almost 40 years when it debuted at No.2 on the Official Albums Chart.

Discussing his latest offering Numan commented, “‘Intruder’ looks at climate change from the planet’s point of view. If Earth could speak, and feel things the way we do, what would it say? How would it feel? The songs, for the most part, attempt to be that voice, or at least try to express what I believe the earth must feel at the moment.

The planet sees us as its children now grown into callous selfishness, with a total disregard for it’s well being. It feels betrayed, hurt and ravaged. Disillusioned and heartbroken it is now fighting back. Essentially, it considers human kind to be a virus attacking the planet. Climate change is the undeniable sign of the Earth saying enough is enough, and finally doing what it needs to do to get rid of us, and explaining why it feels it has to do it.”

‘Betrayed’
‘The Gift’
‘I Am Screaming’
‘Intruder’
‘Is This World Not Enough’
‘A Black Sun’
‘The Chosen’
‘And It Breaks Me Again’
‘Saints And Liars’
‘Now And Forever’
‘The End of Dragons’
‘When You Fall’ (Bonus track on deluxe CD, vinyl & digital formats)
‘The End of Dragons’ (alt piano)’ (Bonus track on vinyl & digital formats)