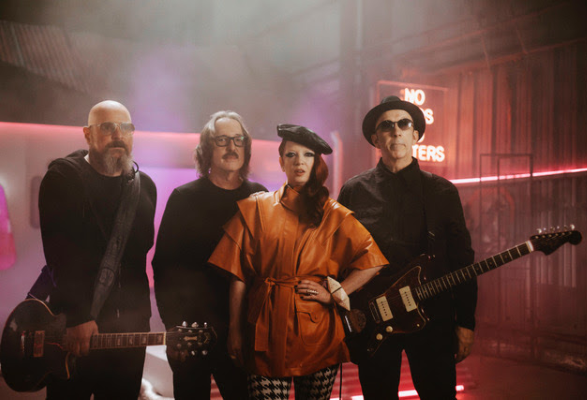 Garbage have revealed brand new single ‘No Gods No Monsters’, the title track of their upcoming seventh studio album, due out on 11 June 2021.

The track is the follow-up to recently released ‘The Men Who Rule The World’ and is accompanied by an official music video, directed by Scott Stuckey and edited by Andy DeLuca.

Discussing ‘No Gods No Masters single’ frontwoman Shirley Manson commented, “I tried to make sense of the world. I was trying to make sense of left and right, literally. Like why do some people vote right? Why do some people vote left? And all of that comes from a concern for ourselves, for our friends, for our families, ultimately, for our babies… this song is about re-imagining our society for the future, for our children and not making the same mistakes over and over again and allowing greed to corrupt our thinking.”

The music video for ‘The Men Who Rule The World’ was created by Chilean film director, animator and painter Javi.MiAmor.

Produced by Garbage alongside long-time collaborator Billy Bush, the makings of ‘No Gods No Masters’ first began in the summer of 2018 when the quartet sketched out the skeleton of the album over two weeks in the Palm Springs desert. After spending time together jamming, experimenting and feeling the songs out, they went their separate ways with the demos, before later reconvening in Los Angeles to finish the record.

They have also confirmed that they will release a deluxe version of the album, which will feature covers of classic songs as well as rare Garbage tracks.

The band are currently scheduled to Blondie on their Against The Odds Tour as special guests in November 2021 – full details: