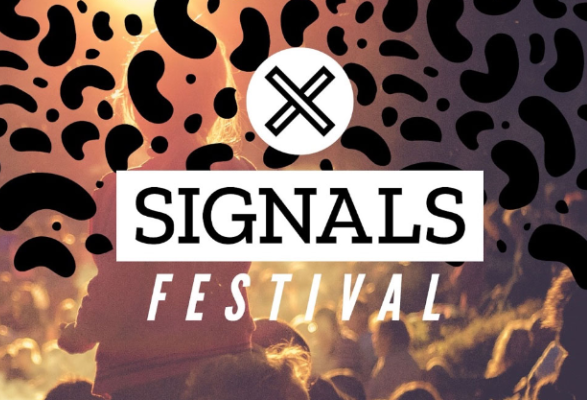 Further acts announced alongside indie legends The Charlatans and The Cribs

Local artists encouraged to apply to join the line‐up

TICKETS ON SALE NOW FROM HERE 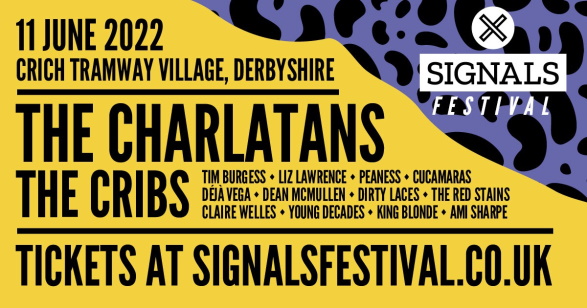 The brand‐new SIGNALS Festival will finally burst onto the calendar on 11 June 2022 with indie legends The Charlatans headlining an outstanding musical line up. Add in the likes of The Cribs, Tim Burgess and Liz Lawrence this 1st edition of SIGNALS Festival promises a lot for its intimate size. Set deep in the Derbyshire countryside, the beautiful grounds of Crich Tramway Village offer a family‐ friendly backdrop to a strong programme of music, arts and film that’s sure to entertain.

Arguably the most enduring band born from the Madchester scene, indie icons The Charlatans top the bill to perform classic hits from three decades of epic albums. Joining them on the main Labyrinth Stage are fellow indie heroes The Cribs, still reeling from the critically acclaimed success of their eighth studio album, Night Network. Tim Burgess fans get a double hit of this musical genius as he draws from his five albums in a solo set on this top stage, while Liz Lawrence brings her unique combination of upbeat pop with simmering lo‐fi folk.

Further acts taking to the Labyrinth stage include Chester melodic indie pop three‐piece Peaness, described as “one of the UK’s most exciting new bands” (Vulture Hound) and rising post‐punk stars Cucamaras from Nottingham, in an afternoon set to be opened by the historic local Crich Brass band.

Away from the main stage, expect an all‐new live, in person version of Tim’s Twitter Listening Parties, which have been a source of huge enjoyment for artists and music fans across the globe during the pandemic. Just one of the eclectic offerings at the Tim Peaks Diner, brainchild of Charlatans frontman Tim Burgess; part travelling music venue, part coffee shop, you’ll experience an intimate line up of music, talks, DJs and more:

Expect a ferocious Tim Peaks set from Deja Vega, “one of the best live bands around at the moment” (Louder Than War), hot off the back of a UK tour, alongside a solo outing from Dean McMullen of Exeter indie punk heroes Muncie Girls, and powerful, raw rock & roll from
Manchester’s Dirty Laces.

Claire Welles will show why she is one of Liverpool’s best kept secrets, while The Red Stains will bring their contemporary post‐punk fuelled on chaos and resistance.

Further artists are still to be announced, and the organisers are hoping to add further emerging acts from the neighbouring Derbyshire Nottinghamshire regions, with local artists encouraged to get in touch with the festival organisers via hello@signalsfestival.co.uk.

Sponsored by the respected Derby‐based independent cinema QUAD, our QUAD film marquee will offer music themed documentaries, films and Q&A sessions throughout the day, including screenings of Oasis: Supersonic and Coldplay: A Head Full of Dreams with director Mat Whitecross appearing as a special guest speaker to talk about the two acclaimed documentaries.

Whether it be exploring the sculpture trail on the Woodland Walk, taking a Victorian tram ride into the Derbyshire countryside or stumbling into a good old knees‐up round the Festival pub piano, SIGNALS Festival offers a one‐day experience we’re excited to share. The lights are green, come join us.