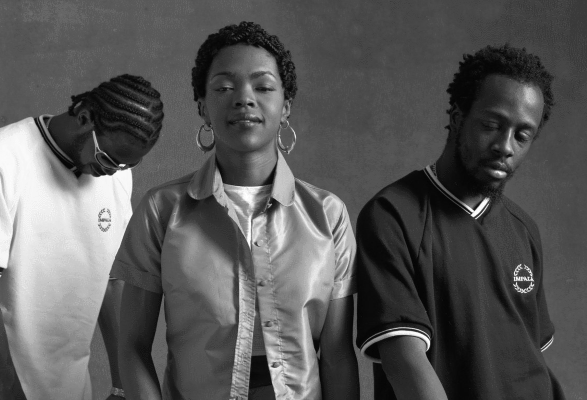 Please Note: The Fugees ‘The Score’ 25th anniversary tour cancelled due to COVID-19.

Legendary hip-hop group Fugees have reunited to announce their first world tour in 25 years, including a huge London date, rescheduled to February 2022!

The shows will be Ms. Lauryn Hill, Wyclef Jean and Pras Michel’s first in 15 years to celebrate the anniversary of their 1996 release ‘The Score’. One of the greatest albums of all time, it features hit singles ‘Killing Me Softly’, ‘Ready or Not’ and ‘Fu-Gee-La’.

The record peaked at No.1 on the Billboard 200 charts and earned the group two Grammy Awards. Furthermore, they were the first hip-hop group ever to be nominated for Album Of The Year, and the nomination also marked the second only rap album to be nominated for the top accolade at the time.

The seven-time platinum album has since sold over 22 million copies worldwide and remains the best-selling album ever by a hip-hop group. 25 Years later it continues to make its mark in music and culture and as of 2021, is the fifth most-streamed 90s rap album on Spotify.

“The Fugees have a complex but impactful history. I wasn’t even aware the 25th anniversary had arrived until someone brought it to my attention. I decided to honor this significant project, its anniversary, and the fans who appreciated the music by creating a peaceful platform where we could unite, perform the music we loved, and set an example of reconciliation for the world.” Ms. Lauryn Hill

“As I celebrate 25 years with the Fugees, my first memory was that we vowed, from the gate, we would not just do music we would be a movement. We would be a voice for the un-heard, and in these challenging times, I am grateful once again, that God has brought us together.” Wyclef

Presented by Diaspora Calling and produced by Live Nation the 12 city international tour will stop-off in London before continuing onto the final shows in Nigeria and Ghana.

Fugees charitable fund will partner with Global Citizen to work on philanthropic initiatives around the tour.