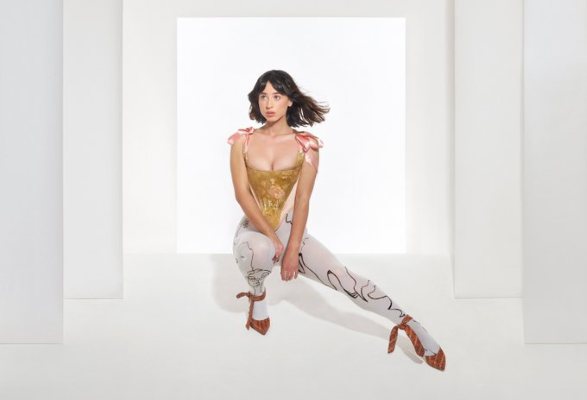 Foxes will drop her highly-anticipated new album ‘The Kick’ on 11 February 2022.

‘The Kick’ was written and recorded remotely via Zoom during the pandemic. In a series of tweets Foxes shared,

“The record was written during lockdown, from a place of wanting to escape the walls of my own apartment, I wrote it imagining freedom and dancing and people being able to hold each other again.

I spent so much time on zoom just writing words and melodies and before I knew it I’d written an album’s worth of material. I felt a wild and animalistic feeling of needing and wanting to socialise again.

I felt like being in my apartment and being so isolated made me really dig deep into my mind and my imagination just ran wild.

Most of the music is a celebration but some of the music comes from a painful place, of loss and heartbreak. I felt trapped and almost like my insides were dancing but I couldn’t express it, but in writing it allowed me to feel free again.

This record feels like a new start and the ability to come back to life after such a strange time of us all being alone.

I cant wait for you to hear it
Lou x”

After bursting onto the scene at just 19, Foxes went on to release her critically acclaimed debut ‘Glorious’ in 2014 as well as earned herself worldwide tour support slots with the likes of Pharrell and Coldplay. She has released six UK Top 40 singles to date, with her Zedd collab ‘Clarity’ taking home the Grammy Award for Best Dance Recording at the 56th Grammy Awards.