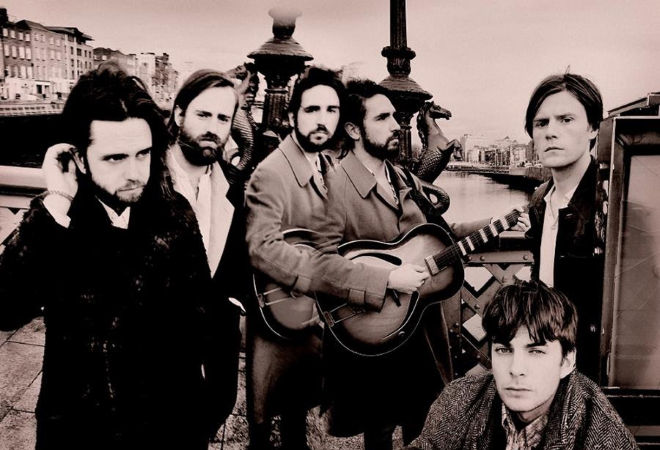 Fontaines D.C. have announced details of their highly anticipated debut album Dogrel, due out for release on 12 April 2019.

The album follows four critically acclaimed AA side singles, all of which have received widespread praise and earned the band a spot on various end of year lists. Fontaines D.C. have also dropped a new video for the album’s opener ‘Big’, with visuals directed by Molly Keane.

The band commented on the video saying, “We felt that great ambition was a sickness, and we got Grian’s 11 year next-door neighbour to say it to you all because he’s got the presence of a hundred frontmen.”

The Irish punks have toured extensively over the last year as support for Shame, as well as sold out both their December 2018 and April 2019 UK headline tours. Furthermore, they completed a sell out run of over 20 shows across Europe and Scandinavia and will support label mates IDLES on the US-leg of their tour this April. Fans can also catch them at various festivals this year including End Of The Road, Truck Festival, Y Not Festival and SXSW.

Fontaines D.C. will then prepare to hit the road on another headline UK tour in November/December 2019 – tickets are on sale now from Gigantic Ticketmaster Ticketweb See Tickets

“We were encouraging each other to be who we believed ourselves to be all the time.” – Grian Chatten, lead vocals, Fontaines D.C.