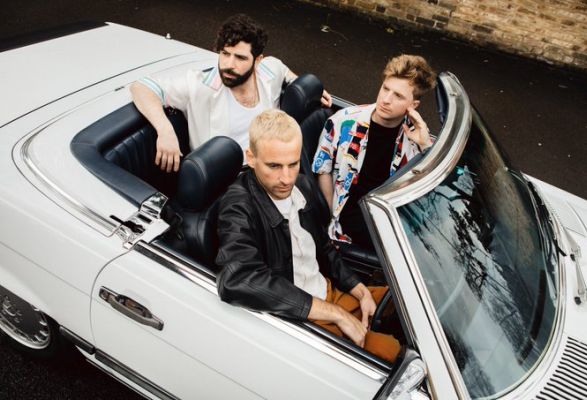 Foals have dropped new single ‘Looking High’, lifted from their upcoming album ‘Life Is Yours’, due out on 17 June 2022.

The vibrant track is produced by John Hill was originally recorded as a demo by guitarist Jimmy Smith. The song was eventually brought to life when Smith reunited with frontman Yannis Philippakis and drummer Jack Bevan for the first time after lockdown.

The song reminisces about pre-pandemic life when the Oxford-based band roamed their local night club scene.

Yannis commented, “This is looking back to a more hedonistic time in my life, and a more innocent time in society in general, pre-pandemic and before the existential threat of climate change. It takes place in an alley in Oxford with two clubs – The Cellar and The Wheatsheaf – that all the city’s nightlife gravitated towards. It was before clubs started to close down and our cities started to change into more corporate, arid places. There’s an element of being haunted by nightlife that’s no longer there.”

‘Life Is Yours’ will be the indie rock trio’s seventh studio release to date and follows on from their 2019 two-part album ‘Everything Not Saved Will Be Lost’.

The band will embark on a UK tour later this month ahead of a series of summer festival appearances.