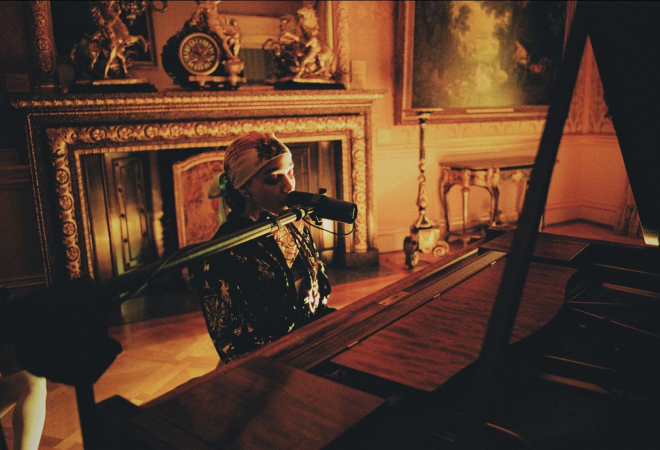 The single was accompanied by her most ambitious and powerful video yet, which saw her join creative forces with director Andrew Thomas Huang. The new song has also given fans a glimpse of what to expect from her second album and follow-up to the Mercury Prize and Brit Award nominated LP1.

FKA Twigs has now shared a stunning live version of ‘Cellophane’. Directed by the singer-songwriter herself, ‘Cellophane, Live At The Wallace’ also features her first ever live piano performance, filmed live in the renowned London venue, which has long inspired both Twigs and one of her favourite designers Vivienne Westwood. In celebration of the iconic space, Twigs can be seen dressed in pieces from her own collection of vintage Westwood.

FKA Twigs commented, “To perform cellophane at The Wallace Collection is a dream come true – this is my love letter to the artefacts and paintings held within it’s walls, and to one of my favourite designers Vivienne Westwood whose portrait collection was inspired by these pieces.Iit was an emotional experience to perform in that magical place, and to be wearing these beautiful clothes I’ve spent years collecting.”

The British singer has recently performed a run of sold out shows in LA and New York. She is set to return to Europe later this month for a series of further live dates, including a hometown show at London’s Alexandra Palace.