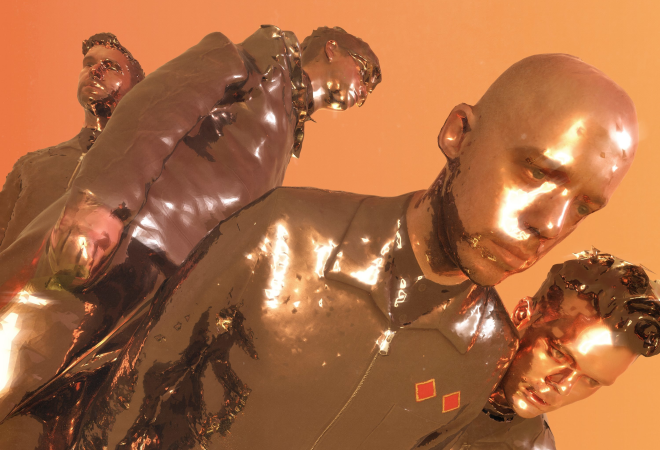 Everything Everything have shared new track ‘Violent Sun’, lifted from their fifth album ‘RE-ANIMATOR’, due out on 11 September 2020.

The track was their third single in a row to be premiered by Annie Mac on BBC Radio 1. Frontman Jonathan Higgs commented, “‘Violent Sun’ is about the feeling that something terrible is approaching fast, and you want to hold on to this moment forever. It’s the last song of the night, and the last song of your life. You only have these four minutes to make it happen, so make it happen!”

The song is accompanied by a music video, which incorporates visuals filmed by each band member using a GoPro camera.

Everything Everything will head out on tour in support of the new album in March/April 2021 – dates + venue details:

The release date of the ‘RE-ANIMATOR’ album was moved back to September due to COVID-19 related delays. The band commented, “We’re sorry to announce that we have to push the RE-ANIMATOR release date back a bit to 11th September, due to COVID-related delays. We’re disappointed too, of course, but we now have the opportunity to work on something exciting for around the new release date. Thank you for bearing with us; we can’t wait for you to hear the album in full, we’re really proud of it.”